George Bilgere is the author of six previous poetry collections, including most recently, Imperial. The White Museum was chosen by Alicia Suskin Ostriker for the Autumn House Poetry Series. His third book, The Good Kiss, was selected by Billy Collins to win the University of Akron Poetry Award. He has won numerous other awards, including the Midland Authors Award, the May Swenson Poetry Award, and a Pushcart Prize. Bilgere is the recipient of grants from the Witter Bynner Foundation, the National Endowment for the Arts, the Fulbright Commission, and the Ohio Arts Council. His poems have appeared in numerous anthologies and journals, including Poetry, Ploughshares, the Kenyon Review, Fulcrum, and the Best American Poetry series. Bilgere’s poems have also been featured over fifty times on Garrison Keillor’s National Public Radio program, The Writer’s Almanac, and he has been a guest on A Prairie Home Companion. 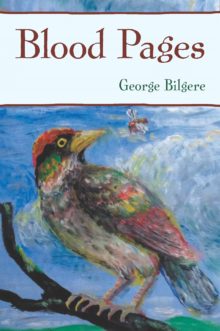 In Blood Pages George Bilgere continues his exploration of the joys and absurdities of being middle-aged and middle-class in the Midwest. OK, maybe he’s a bit beyond middle-aged at this point, and his rueful awareness of this makes these poems even more darkly hilarious, more deeply aware of the feckless and baffling times our nation has stumbled into. And the fact that Bilgere, relatively late in life, is now the father of two young boys brings a fresh sense of urgency to his work. Blood Pages is a guidebook to the fears, foibles, and beauties of our lovely old country as it makes its blundering, tentative way into the new century. 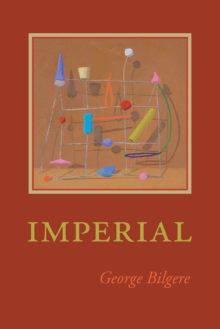 In Imperial, George Bilgere’s sixth collection of poetry, he continues his exploration of the beauties, mysteries, and absurdities of being middle-aged and middle-class in mid-America. In poems that range from the Cold War anxieties of the 1950s to the perils and predicaments of an aging Boomer in a post-9/11 world, Bilgere’s rueful humor and slippery syntax become a trapdoor that at any moment can plunge the reader into the abyss. In Bilgere’s world a yo-yo morphs into an emblem for the atomic bomb. A spot of cancer flames into the Vietnam War. And the death of a baseball player reminds us, in this age of disbelief, of the importance—the necessity—of myth.