George W. Grayson is the Class of 1938 Professor of Government at the College of William & Mary, a senior associate at the Center for Strategic & International Studies, and an associate scholar at the Foreign Policy Research Institute. 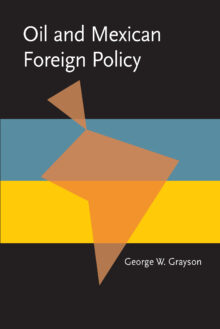 The discovery of enormous oil reserves in the early 1970s revolutionized Mexico's economy and political behavior, bringing soaring revenues and industrial development. The oil glut of 1981 and wild fluctuations in world prices, pushed the country to the brink of bankruptcy. George W. Grayson describes how the roller-coaster economic ride, shrill nationalism, political assertiveness, and arrogant posturing of the 1970s have given way to greater professionalism, fiscal responsibility, and a cooperative attitude towards the United States in recent times. 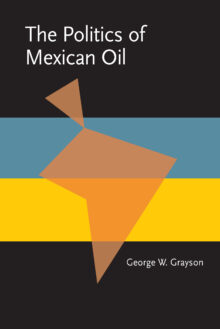 The Politics of Mexican Oil

The Mexican oil boom of the 1970s brought great hope and prosperity with it. George Grayson shows the influence of oil and the oil sector both within Mexican society and in its relations with other nations. He traces the development of the oil industry from its beginnings in 1901 up until the 1980s, looking at topics that include the history of expropriation; the creation of the state-run company Petróleos Mexicanos; graft and corruption within the Oil Workers Union; Mexico's relations with OPEC; the political nuances of oil and gas agreements with the United States; and the prospects for the Mexican oil industry and domestic reforms generated from oil revenue.