Harold D. Sims is professor emeritus of history at the University of Pittsburgh. 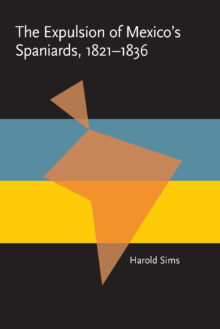 Winner of the Arthur P. Whitaker Prize as “the best book in Latin American Studies in 1990-1991

Mexico's colonial experience had left a bitter legacy. Many believed that only the physical removal of the old colonial elite could allow the creation of a new political and economic order. While expulsion seemed to provide the answer, the expulsion decrees met stiff resistance and caused a tug-of-war between enforcement and evasion that went on for years. Friendship, family influence, intrigue, and bribery all played a role in determining who left and who stayed. After years of struggle, the movement died down, but not until three-quarters of Mexico's peninsulares had been forced to leave. Expulsion had the effect of crippling a once flourishing economy, with the flight of significant capital.