Ivo Goldstein is a professor in the faculty of Humanities and Social Sciences at the University of Zagreb, Croatia. Since January of 2013, he has served as the Croatian Ambassador to France.
Slavko Goldstein is a writer, publicist, documentary film director, screenwriter, and politician. He was a member of Tito’s partisan units during the Ustasha regime. 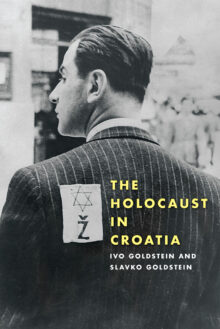 The Holocaust in Croatia

The Holocaust in Croatia recounts the history of the Croatian Jewish community during the Second World War, with a focus on the city of Zagreb. Ivo and Slavko Goldstein have grounded their study in extensive research in recently opened archives, additionally aided by the memories of survivors to supplement and enrich the interpretation of documents. The authors’ accessible narrative, here available in English for the first time, has been praised for its objectivity (including rare humane acts by those who helped to save Jews) and is complemented by a large bibliography offering an outstanding referential source to archival materials. As such, The Holocaust in Croatia stands as the definitive account of the Jews in Croatia, up to and including the criminal acts perpetrated by the pro-Nazi Ustasha regime, and adds significantly to our knowledge of the Holocaust.