Jeremy Hicks is professor of Russian culture and film at Queen Mary University of London. He is the author of First Films of the Holocaust, Dziga Vertov: Defining Documentary Film, and Mikhail Zoshchenko and the Poetics of Skaz. 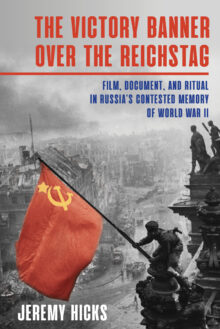 Victory Banner Over the Reichstag, The

In one of the most iconic images from World War II, a Russian soldier raises a red flag atop the ruins of the German Reichstag on April 30, 1945. Known as the Victory Banner, this piece of fabric has come to symbolize Russian triumph, glory, and patriotism. Facsimiles are used in public celebrations all over the country, and an exact replica is the centerpiece in the annual Victory Parade in Moscow’s Red Square. The Victory Banner Over the Reichstag examines how and why this symbol was created, the changing media of its expression, and the contested evolution of its message. From association with Stalinism and communism to its acquisition of Russian nationalist meaning, Jeremy Hicks demonstrates how this symbol was used to construct a collective Russian memory of the war. He traces how the Soviets, and then Vladimir Putin, have used this image and the banner itself to build a remarkably powerful mythology of Russian greatness. 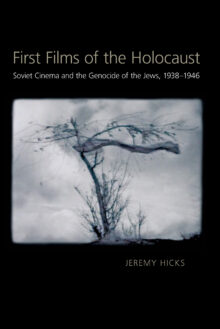 First Films of the Holocaust

Most early Western perceptions of the Holocaust were based on newsreels filmed during the Allied liberation of Germany in 1945. Little, however, was reported of the initial wave of material from Soviet filmmakers, who were in fact the first to document these horrors. In First Films of the Holocaust, Jeremy Hicks presents a pioneering study of Soviet contributions to the growing public awareness of the horrors of Nazi rule.

Even before the war, the Soviet film Professor Mamlock, which premiered in the United States in 1938 and coincided with the Kristallnacht pogrom, helped reinforce anti-Nazi sentiment. Yet, Soviet films were often dismissed or even banned in the West as Communist propaganda. Ironically, in the brief 1939&ndash;1941 period of Nazi and Soviet alliance, such films were also banned in the Soviet Union, only to be reclaimed after the Nazi attack on the Soviet Union in 1941, and suppressed yet again during the Cold War.

Jeremy Hicks recovers much of the major film work in Soviet depictions of the Holocaust and views them within their political context, both locally and internationally. Overwhelmingly, wartime films were skewed to depict Soviet resistance, “Red funerals,” and calls for vengeance, rather than the singling out of Jewish victims by the Nazis. Almost no personal testimony of victims or synchronous sound was recorded, furthering the disconnection of the viewer to the victims.

Hicks examines correspondence, scripts, reviews, and compares edited with unedited film to unearth the deliberately hidden Jewish aspects of Soviet depictions of the German invasion and occupation. To Hicks, it’s in the silences, gaps, and ellipses that the films speak most clearly. Additionally, he details the reasons why Soviet Holocaust films have been subsequently erased from collective memory in the West and the Soviet Union: their graphic horror, their use as propaganda tools, and the postwar rise of the Red Scare in the United States and anti-Semitic campaigns in the Soviet Union.