Jorge Coronado is Professor of Latin American literature at Northwestern University. His teaching centers on nineteenth- and twentieth-century literatures and cultures with a focus on the Andes. 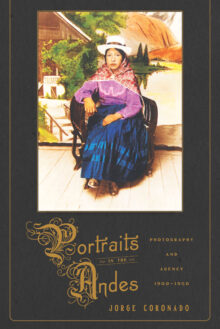 Portraits in the Andes

Portraits in the Andes examines indigenous and mestizo self-representation through the medium of photography from the early to mid twentieth century. As Jorge Coronado reveals, these images offer a powerful counterpoint to the often-slanted, predominant view of indigenismo produced by the intellectual elite. Photography offered an inexpensive and readily available technology for producing portraits and other images that allowed lower- and middle-class racialized subjects to create their own distinct rhetoric and vision of their culture. The powerful identity-marking vehicle that photography provided to the masses has been overlooked in much of Latin American cultural studies—which have focused primarily on the elite’s visual arts. Coronado’s study offers close readings of Andean photographic archives from the early- to mid-twentieth century, to show the development of a consumer culture and the agency of marginalized groups in creating a visual document of their personal interpretations of modernity. 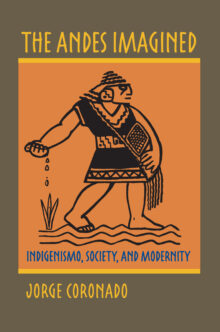 In The Andes Imagined, Jorge Coronado not only examines but also recasts the indigenismo movement of the early 1900s. Coronado departs from the common critical conception of indigenismo as rooted in novels and short stories, and instead analyzes an expansive range of work in poetry, essays, letters, newspaper writing, and photography. He uses this evidence to show how the movement's artists and intellectuals mobilize the figure of the Indian to address larger questions about becoming modern, and he focuses on the contradictions at the heart of indigenismo as a cultural, social, and political movement.

By breaking down these different perspectives, Coronado reveals an underlying current in which intellectuals and artists frequently deployed their indigenous subject in order to imagine new forms of political inclusion. He suggests that these deployments rendered particular variants of modernity and make indigenismo representational practices a privileged site for the examination of the region's cultural negotiation of modernization. His analysis reveals a paradox whereby the un-modern indio becomes the symbol for the modern itself.

The Andes Imagined offers an original and broadly based engagement with indigenismo and its intellectual contributions, both in relation to early twentieth-century Andean thought and to larger questions of theorizing modernity.