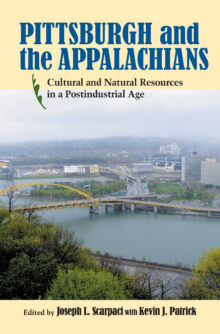 Pittsburgh and the Appalachians

Cultural and Natural Resources in a Postindustrial Age

Few American cities reflect the challenges and promise of a twenty-first-century economy better than Pittsburgh and its surrounding region. Once a titan of the industrial age, Pittsburgh flourished from the benefits of its waterways, central location, and natural resources-bituminous coal to fire steel furnaces; salt and sand for glass making; gas, oil, and just enough ore to spark an early iron industry. Today, like many cities located in the manufacturing triangle that stretches from Boston to Duluth to St. Louis, Pittsburgh has made the transition to a service-based economy.Pittsburgh and the Appalachians presents a collection of eighteen essays that explore the advantages and disadvantages that Pittsburgh and its surrounding region face in the new global economy, from the perspectives of technology, natural resources, workforce, and geography. It offers an extensive examination of the processes and factors that have transformed much of industrial America during the past half-century, and shows how other cities can learn from the steps Pittsburgh has taken through redevelopment, green space acquisition, air and water quality improvement, cultural revival, and public-private partnerships to create a more livable, economically viable region for future populations. 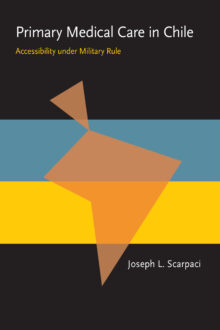 Since Pinochet's regime assumed power in 1973, the Chilean public medical system has been incrementally disassembled in favor of private enterprise, modeled after U.S. HMOs. Scarpaci assembles data ranging from interviews with patients to income statements and balance sheets from the National Health Service System, National Health Fund, and National Statistics Institute to view the financial and cultural impediments imposed by the Pinochet system that have compromised and effectively limited health care accessibility for Chile's adult population.