Laurence Glasco is associate professor of history at the University of Pittsburgh. He is the author of Ethnicity and Social Structure: Irish, Germans, and Native-Born of Buffalo, N.Y., 1850–1860 and editor of The WPA History of the Negro in Pittsburgh. 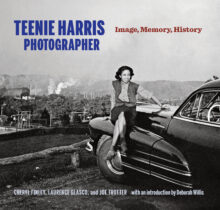 Published in cooperation with Carnegie Museum of Art

With an introduction by Deborah Willis

Harris’s career began as America emerged from the Great Depression and ended after the civil rights movement. As a photographer for the Pittsburgh Courier, one of the nation’s most influential black newspapers, Teenie hit the streets to record historic events and the people who lived them. The archive of Harris’s photography, in the permanent collection of Carnegie Museum of Art, represents one of the most important documentations of twentieth-century African Americans and their communities. Today, even as Teenie Harris’s photography stands alongside that of Harlem’s famed James VanDerZee, his work in Pittsburgh’s Hill District surpasses that of all other photographers in its breadth and rich portrayal of black urban America. 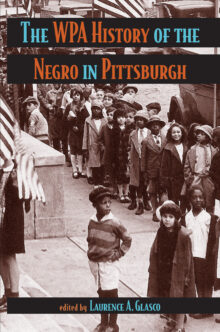 The WPA History of the Negro in Pittsburgh

The monumental American Guide Series, published by the Federal WritersÆ Project, provided work to thousands of unemployed writers, editors, and researchers in the midst of the Great Depression. Featuring books on states, cities, rivers, and ethnic groups, it also opened an unprecedented view into the lives of the American people during this time. Untold numbers of projects in progress were lost when the program was abruptly shut down by a hostile Congress in 1939.One of those, “The Negro in Pittsburgh,” lay dormant in the Pennsylvania State Library until it was microfilmed in 1970. The WPA History of the Negro in Pittsburgh marks the first publication of this rich body of information. This unique historical study of the cityÆs black population features articles on civil rights, social class, lifestyle, culture, folklore, and institutions from colonial times through the 1930s.