Leland D. Baldwin was assistant director of the Western Pennsylvania Historical Survey and professor of history at the University of Pittsburgh. 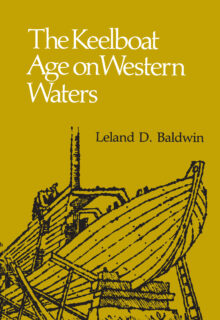 The Keelboat Age on Western Waters

This book tells the story of river boating in the West before the invention of the steamboat. In a deft combination of thorough research and interesting narrative, Baldwin recreates life on the keelboats and flatboats that plied the Ohio, Mississippi, and other rivers from revolutionary days until about 1820. No one knows who put the first keel along the bottom of one big, clumsy river craft used by the pioneers. but the change made the boats far easier to manage, and travel in both directions became practical all the way to New Orleans.

Baldwin examines the many types of craft in use, the different methods of locomotion, and the art of navigation on uncharted rivers full of hidden obstacles. But he never loses sight of the picturesque aspects of his subject, especially the boatmen themselves-a tribe of rugged and fearless men whose colorful lives are described in great detail.

The Keelboat Age is a segment cut from the history of the frontier, showing the overwhelming importance of river transportation in the development of the West. The rivers were great arteries, carrying a restless people into a new land. The keelboatman and his craft did much to build a nation. 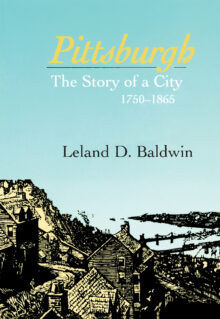 The standard history of Pittsburgh tells the city’s story from its violent days as an eighteenth-century outpost of empire to the onset of its great age of industrial expansion. 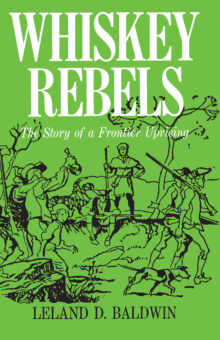 The Story of a Frontier Uprising

Leland Baldwin presents a succinct account of the Whiskey Rebellion of 1794 in Western Pennsylvania, recalling the economic and sociological factors that led to this historic uprising.