Lynn Emanuel is the author of four previous books of poetry: Hotel Fiesta, The Dig, Then, Suddenly–, and, most recently, Noose and Hook. Her work has been featured in The Pushcart Prize Anthology and The Best American Poetry numerous times and is included in The Oxford Book of American Poetry. She is the recipient of two fellowships from the National Endowment for the Arts, the National Poetry Series Award, the Eric Matthieu King Award from the Academy of American Poets, and, most recently, a fellowship from the Ranieri Foundation. 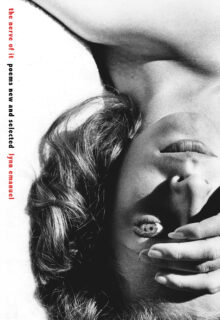 The Nerve Of It

Winner of the 2016 Lenore Marshall Poetry Prize from the Academy of American Poets Emanuel’s version of a “new and selected poems” turns convention on its head. She ignores chronology, placing new poems beside old, mixing middle and early poems with recent work, and liberating all her poems from the restraints of their particular histories, both aesthetic and autobiographical. Whether writing in the comedic drag of the cartoon strip, or investigating the Mobius strip relationship between reader and writer, or exposing the humor and hurt that accompany visitations from Frank O’Hara and Gertrude Stein, The Nerve of It both stings and pleases with its intelligence, wit and vivacity. It breaks through, in ways that are bold, sexy, haunting and wry, the die-hard opposition of new and old, personal narrative and linguistic play, sincerity and irony, misery and hilarity. Open the book. Something new is happening here. 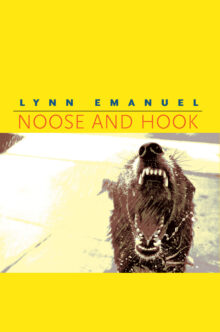 “I have long believed that Lynn Emanuel is one of the most innovative and subversive poets now writing in America. Her aesthetic and artistic choices consistently invoke a complex hybrid poetics that radically reimagines the shape of our poetic discourse. The brilliant, shattering, and disturbing poems of Noose and Hook are not only wry critiques of recent poetic and cultural activity in this country but also compelling signposts to what yet might be possible in our future. This is Lynn Emanuel's most exquisite and powerful book yet.”—David St. John 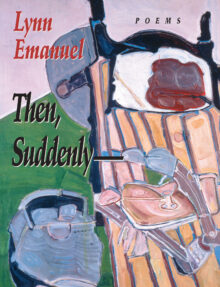 Finalist for ForeWord Magazine’s 1999 Poetry Book of the Year

A reader and a writer don their respective roles and embark on the journey of a book. This is their story–ultimately a love story–darkly funny, mournful, testy. It is about a reader who at times presides over the page like a god, and at others follows the leash of the author's voice through the dark streets of the book like a dog, and it is about a writer of determined slipperiness. As we read, we think that each of us is The Reader, the one who knows the Real Story. But the more we think we understand, the more the story moves away from us—all is not what it seems.

This eagerly awaited third volume by the poet whose work The New York Times described as “at once charmed and frightening” is a book of high-spirited subversiveness, a work of argument, seduction, and a relentless devotion to language. Then, Suddenly— bristles with the sound of the author's voice–insistent, vital, hilarious, and iconoclastic–tearing away at the confinement of the page and at the distance between the page and the reader. Emanuel's images are dazzling. She creates a performance that is fearsome and funny in its portrayal of the argument between the work of the text and the world of the body. The Gettsyburg Review has called her a writer of “exquisite craftsmanship” who can “strike from language . . . images chiseled clean as bas-relief.” Then, Suddenly— is a book of spectacle and verve, part elegy, part vaudeville.