Marianne C. Stewart is assistant professor of government, politics, and political economy at the University of Texas at Dallas. 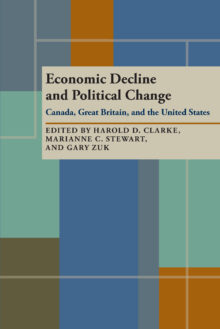 In the 1970’s, an “age of affluence” ended abruptly in Canada, Great Britain, and the United States. Skyrocketing inflation, persistent unemployment, and sluggish growth became new, oppressive realities for government and citizens alike. This book examines the changes that occurred in economic policymaking on the governmental level and the public’s response to such changes. This timely collection of essays sheds light on the political economy of three of the world’s oldest democracies in an era of economic distress and uncertainty.