Matthew J. Bruccoli was Jefferies Professor of English at the University of South Carolina. 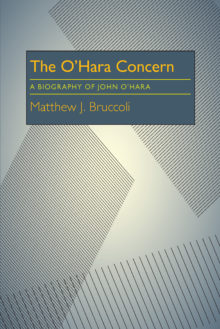 A Biography of John O’Hara 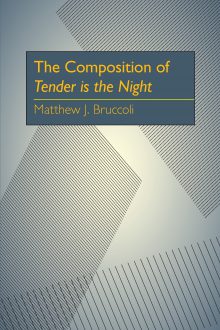 The Composition of Tender is the Night

Working with the complete collection of Tender is the Night manuscripts in the Princeton University Library, Matthew J. Bruccoli reconstructs seventeen drafts and three versions of the novel to answer questions about F. Scott FitzgeraldÆs major work that have long puzzled critics of modern literature.In 1934, nine years after the appearance of The Great Gatsby, Fitzgerald permitted publication of Tender is the Night. Disappointed by its critical reception, Fitzgerald suggested that the structure of the novel should be drastically rearranged. In 1951, eleven years after his death, Charles ScribnerÆs Sons brought out an edition that incorporated FitzgeraldÆs changes. Controversy arose over the merits of the two published versions and over the “nine lost years” in FitzgeraldÆs life between his two great novels, years of rewriting before publication of Tender is the Night that resulted in six cartons of notes and drafts. After analyzing this wealth of material, Bruccoli reconstructs every working stage in the novel and reaches his own conclusions about which edition is the most valid.