Maurine W. Greenwald is associate professor of history at the University of Pittsburgh and author of Women, War, and Work: The Impact of World War I on Women Workers in the United States. 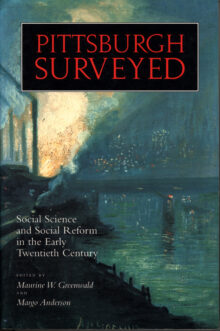 Social Science and Social Reform in the Early Twentieth Century

From 1909-1914 the Pittsburgh Survey brought together statisticans, social workers, engineers, lawyers, physicians, economists, and city planners to study the effects of industrialization on the city of Pittsburgh. Pittsburgh Surveyed examines the accuracy and the impact of the influential Pittsburgh Survey, emphasizing its role in the social reform movement of the early twentieth century.