Michael S. Reidy is professor of history at Montana State University. He is author of Tides of History: Ocean Science and Her Majesty’s Navy and coauthor, with Alan G. Gross and Joseph E. Harmon, of Communicating Science: The Scientific Article from the 17th Century to the Present. 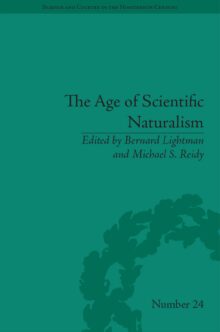 The Age of Scientific Naturalism

Tyndall and His Contemporaries

Physicist John Tyndall and his contemporaries were at the forefront of developing the cosmology of scientific naturalism during the Victorian period. They rejected all but physical laws as having any impact on the operations of human life and the universe. Contributors focus on the way Tyndall and his correspondents developed their ideas through letters, periodicals and scientific journals and challenge previously held assumptions about who gained authority, and how they attained and defended their position within the scientific community. 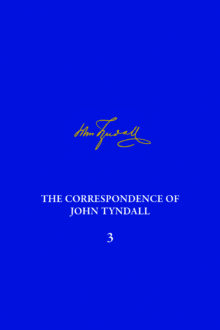 The Correspondence of John Tyndall, Volume 3

As this volume begins, John Tyndall was a PhD student living in Marburg. He was unknown, almost broke, and working himself to the brink of mental and physical exhaustion in his determination to forge a reputation in science. In the period covered by this volume, he completed his degree, published his first scientific papers, became a regular participant in the British Association meetings, established friendships with leading men of science in Berlin and London, was elected Fellow of the Royal Society, and applied for, but failed to obtain, various scientific positions. As the volume ends, he was preparing his first lecture to the Royal Institution of Great Britain, the catalyst for a profound transition in his life. Taken together, the 305 letters herein offer a behind-the-scenes view of nineteenth-century publishing processes, the practices and challenges of diamagnetic research, the application procedures for university positions, the use of patronage in establishing a scientific career, and the often anxious and weary-worn personality of Tyndall, the ambitious protagonist.