Paul E. Sigmund is professor of politics at Princeton University. 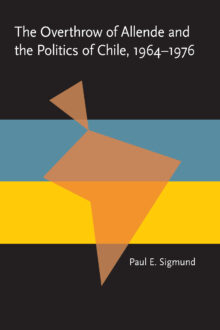 Paul Sigmund, who has studied Chile for more than a decade, and lived and taught there, offers an exhaustive, balanced analysis of the overthrow of Salvador Allende, and why it occurred. Sigmund examines the Allende government, the Frei government that preceeded it, the coup that ended it, and the Pinochet government that succeeded it. He also views the roles of various Chilean political and interest groups, the CIA, and U.S. corporations.