Paul Sullivan is an independent scholar and anthropologist. He is the author of Unfinished Conversations: Mayas and Foreigners Between Two Wars. 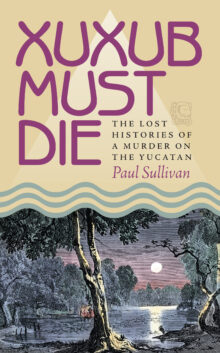 The Lost Histories of a Murder on the Yucatan

Today, foreigners travel to the Yucatan for ruins, temples, and pyramids, white sand beaches and clear blue water. One hundred years ago, they went for cheap labor, an abundance of land, and the opportunity to make a fortune exporting cattle, henequen fiber, sugarcane, or rum. Sometimes they found death.

In 1875 an American plantation manager named Robert Stephens and a number of his workers were murdered by a band of Maya rebels. To this day, no one knows why. Was it the result of feuding between aristocratic families for greater power and wealth? Was it the foreseeable consequence of years of oppression and abuse of Maya plantation workers? Was a rebel leader seeking money and fame–or perhaps retribution for the loss of the woman he loved?
For whites, the events that took place at Xuxub, Stephens’s plantation, are virtually unknown, even though they engendered a diplomatic and legal dispute that vexed Mexican-U.S. relations for over six decades. The construction of “official” histories allowed the very name of Xuxub to die, much as the plantation itself was subsumed by the jungle. For the Maya, however, what happened at Xuxub is more than a story they pass down through generations–it is a defining moment in how they see themselves.

Sullivan masterfully weaves the intricately tangled threads of this story into a fascinating account of human accomplishments and failings, in which good and evil are never quite what they seem at first, and truth proves to be elusive. Xuxub Must Die seeks not only to fathom a mystery, but also to explore the nature of guilt, blame, and understanding.