Peter Everwine is the author of seven previous poetry collections, including From the Meadow and Collecting the Animals, which won the Lamont Poetry Prize in 1972. Everwine is the recipient of numerous honors, including two Pushcart Prizes, an American Academy of Arts and Letters Award in Literature, and fellowships from the NEA and the Guggenheim Foundation. He is emeritus professor of English at California State University, Fresno, and was a senior Fulbright lecturer in American poetry at the University of Haifa, Israel. 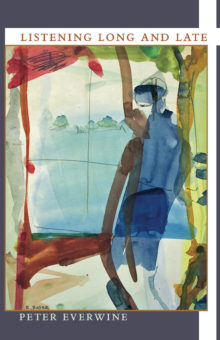 “What a rich array of music lies within Listening Long and Late. With refreshing authenticity, Everwine weds playfulness to practice, lyricism to narrative, pathos to the ordinary. Indeed, he has listened ‘long and late’ to the music of such venerable masters as Tu Fu, the hidden genius on the street, and the anonymous Aztec poets of the fourteenth and fifteenth centuries. Everwine writes with the same ‘deified heart’ that divines the mystery of his quotidian subjects in a language that is at once plain and poetic. His own work seamlessly segues into his translations from the Hebrew and Nahuatl, as if all the poems belonged to the same poet, which they in fact do, as the glorious multitudes of Peter Everwine, one of the masters of our age.”—Chard deNiord 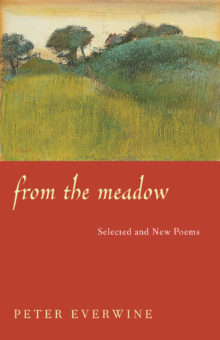 For nearly five decades, readers have been enthralled and enchanted by Peter Everwine’s calmly dazzling poems. He’s never been a writer clearly aligned with any single school or style, yet adherents of all schools and styles admire his graceful turns of phrase and intense vision. From the Meadow features selections from four previous collections, along with a group of new works. The poems, which include Everwine’s deft translations from Hebrew and interpretations from Nahuatl, vibrate with the intensity of small truths distilled to their very essences.