Peter R. Kingstone is professor of politics and development and cofounder of the Department of International Development at King’s College London. He is the author of several books, including Crafting Coalitions for Reform: Business Preferences, Political Institutions and Neoliberal Reform in Brazil; The Political Economy of Latin America: Reflections on Neoliberalism and Development; and is coeditor, with Timothy J. Power, of Democratic Brazil: Actors, Institutions and Processes, and Democratic Brazil Revisited. 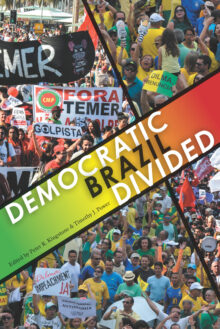 March 2015 should have been a time of celebration for Brazil, as it marked thirty years of democracy, a newfound global prominence, over a decade of rising economic prosperity, and stable party politics under the rule of the widely admired PT (Workers' Party). Instead, the country descended into protest, economic crisis, impeachment, and deep political division. Democratic Brazil Divided offers a comprehensive and nuanced portrayal of long-standing problems that contributed to the emergence of crisis and offers insights into the ways Brazilian democracy has performed well, despite the explosion of crisis. The volume, the third in a series from editors Kingstone and Power, brings together noted scholars to assess the state of Brazilian democracy through analysis of key processes and themes. These include party politics, corruption, the new 'middle classes', human rights, economic policy-making, the origins of protest, education and accountability, and social and environmental policy. Overall, the essays argue that democratic politics in Brazil form a complex mosaic where improvements stand alongside stagnation and regression. 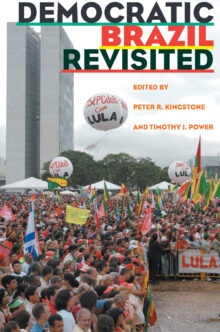 As the world's fifth-largest country, Brazil presents a compelling example of democracy in action. In this sequel to their landmark study Democratic Brazil, editors Peter Kingstone and Timothy Power have assembled a distinguished group of U.S.- and Brazilian-based scholars to assess the impact of competitive politics on Brazilian government, institutions, economics, and society.

The 2002 election of Lula da Silva and his Worker's Party promised a radical shift toward progressive reform, transparency, and accountability, opposing the earlier centrist and market-oriented policies of the Cardoso government. But despite the popular support reflected in his 2006 reelection, many observers claim that Lula and his party have fallen short of their platform promises. They have moved to the center in their policies, done little to change the elitist political culture of the past, and have engaged in “politics as usual” in executive-legislative relations, leading to allegations of corruption.

Under these conditions, democracy in Brazil remains an enigma. Progress in some areas is offset by stagnation and regression in others: while the country has seen renewed economic growth and significant progress in areas of health care and education, the gap between rich and poor remains vast. Rampant crime, racial inequality, and a pandemic lack of personal security taint the vision of progress. These dilemmas make Brazil a particularly striking case for those interested in Latin America and democratization in general. 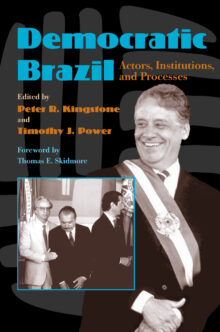 After 21 years of military rule, Brazil returned to democracy in 1985. Over the past decade and a half, Brazilians in the Nova República (New Republic) have struggled with a range of diverse challenges that have tested the durability and quality of the young democracy. How well have they succeeded? To what extent can we say that Brazilian democracy has consolidated? What actors, institutions, and processes have emerged as most salient over the past 15 years? Although Brazil is Latin America's largest country, the world's third largest democracy, and a country with a population and GNP larger than Yeltsin's Russia, more than a decade has passed since the last collaborative effort to examine regime change in Brazil, and no work in English has yet provided a comprehensive appraisal of Brazilian democracy in the period since 1985.

Democratic Brazil analyzes Brazilian democracy in a comprehensive, systematic fashion, covering the full period of the New Republic from Presidents Sarney to Cardoso. Democratic Brazil brings together twelve top scholars, the “next generation of Brazilianists,” with wide-ranging specialties including institutional analysis, state autonomy, federalism and decentralization, economic management and business-state relations, the military, the Catholic Church and the new religious pluralism, social movements, the left, regional integration, demographic change, and human rights and the rule of law. Each chapter focuses on a crucial process or actor in the New Republic, with emphasis on its relationship to democratic consolidation. The volume also contains a comprehensive bibliography on Brazilian politics and society since 1985. Prominent Brazilian historian Thomas Skidmore has contributed a foreword to the volume.

Democratic Brazil speaks to a wide audience, including Brazilianists, Latin Americanists generally, students of comparative democratization, as well as specialists within the various thematic subfields represented by the contributors. Written in a clear, accessible style, the book is ideally suited for use in upper-level undergraduate courses and graduate seminars on Latin American politics and development.