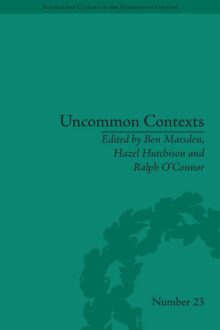 Britain in the long nineteenth century developed an increasing interest in science of all kinds. Whilst poets and novelists took inspiration from technical and scientific innovations, those directly engaged in these new disciplines relied on literary techniques to communicate their discoveries to a wider audience. The essays in this collection uncover this symbiotic relationship between literature and science, at the same time bridging the disciplinary gulf between the history of science and literary studies. Specific case studies include the engineering language used by Isambard Kingdom Brunel, the role of physiology in the development of the sensation novel and how mass communication made people lonely.