Randal Johnson is Distinguished Professor of Spanish and Portuguese at the University of California, Los Angeles 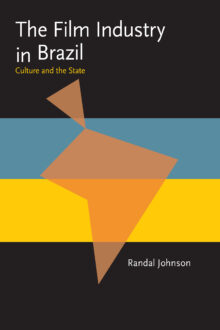 The Film Industry in Brazil

Culture and the State

Looking back through the prism of the severe economic crisis for filmmaking in the 1980s, The Film Industry in Brazil explores the unusual relationship between the state-supported industry, which often produced politically radical films, and the authoritarian regime that had held sway for twenty years. To ground his analysis, Johnson covers the early years of the film industry, 1898-1930; attempts at industrialization during the 1930s and 1940s; film industry congresses and government film boards, 1950-1966; the National Film Institute, 1966-1975; and the expansion of the state's role from 1969 through 1980.

Well-conceived, carefully researched and documented, Johnson's study fills a major gap in film studies by tracing the development of this industry in Brazil, focusing specifically on its relationship to the state.