Richard K. Herrmann is professor of political science and director of the Mershon Center at Ohio State University. 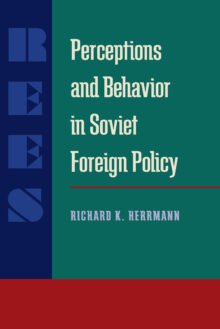 This book discerns Soviet leaders' views of the United States and sees them in relation to foreign policy statements and actions. Hermann first examines the subtle problem of analyzing perceptions and interpreting motives from the words and deeds of national leaders. He then turns to cases, measuring the dominant U.S. hypotheses about the USSR against Soviet behavior in Central Europe, the Middle East, Africa, and Asia, as well as Soviet participation in the arms race. Finally, he weighs his conclusions against a thematic study of speeches and publications by members of the Politburo.