Richard Michelson is the author of the poetry collections Battles & Lullabies and Tap Dancing for Relatives. His many children’s books have been named among the 10 Best Books of the Year by the New York Times, Publishers Weekly, and the New Yorker, and among the 12 Best Books of the Decade by Amazon.com. Michelson has been a finalist for the Massachusetts Book Award, the National Jewish Book Award, the Phillis Wheatley Award, and he is the only author to receive both the Sydney Taylor Gold and Silver Medal from the Association of Jewish Librarians. Michelson owns R. Michelson Galleries, hosts a poetry radio program, and is the current Poet Laureate of Northampton Massachusetts. 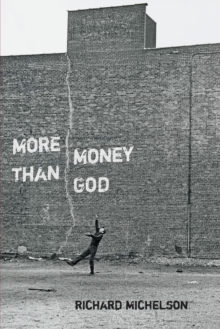 How do we come to terms with loss? How do we find love after tragedy? How can art and language help us to cope with life, and honor the dead? How does one act responsibly in a world that is both beautiful, full of suffering, and balanced precariously on the edge of despair and ruin? With humor, anger and great tenderness, Richard Michelson’s poems explore the boundaries between the personal and the political, and the connections between history and memory. Growing up under the shadow of the Holocaust, in a Brooklyn neighborhood consumed with racial strife, Michelson’s experiences were far from ordinary, yet they remain too much a part of the greater circle of poverty and violence to be dismissed as merely private concerns, safely past. It is Michelson’s sense of humor and acute awareness of Jewish history, with its ancient emphasis on the fundamental worth of human existence that makes this accessible book, finally, celebratory and life-affirming.