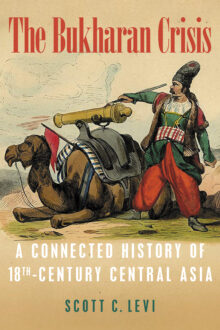 In the first half of the eighteenth century, Central Asia’s Bukharan Khanate descended into a crisis from which it would not recover. Bukharans suffered failed harvests and famine, a severe fiscal downturn, invasions from the north and the south, rebellion, and then revolution. To date, efforts to identify the cause of this crisis have focused on the assumption that the region became isolated from early modern globalizing trends. The Bukharan Crisis exposes that explanation as a flawed relic of early Orientalist scholarship on the region.

In its place, Scott Levi identifies multiple causal factors that underpinned the Bukharan crisis. Some of these were interrelated and some independent, some unfolded over long periods while others shocked the region more abruptly, but they all converged in the early eighteenth century to the detriment of the Bukharan Khanate and those dependent upon it. Levi applies an integrative framework of analysis that repositions Central Asia in recent scholarship on multiple themes in early modern Eurasian and world history 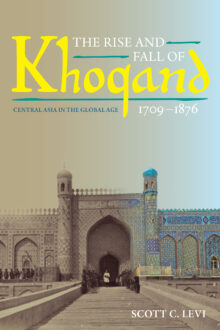 Central Asia in the Global Age

This book analyzes how Central Asians actively engaged with the rapidly globalizing world of the eighteenth and nineteenth centuries. In presenting the first English-language history of the Khanate of Khoqand (1709–1876), Scott C. Levi examines the rise of that extraordinarily dynamic state in the Ferghana Valley. Levi reveals the many ways in which the Khanate’s integration with globalizing forces shaped political, economic, demographic, and environmental developments in the region, and he illustrates how these same forces contributed to the downfall of Khoqand.
To demonstrate the major historical significance of this vibrant state and region, too often relegated to the periphery of early modern Eurasian history, Levi applies a “connected history” methodology showing in great detail how Central Asians actively influenced policies among their larger imperial neighbors—notably tsarist Russia and Qing China. This original study will appeal to a wide interdisciplinary audience, including scholars and students of Central Asian, Russian, Middle Eastern, Chinese, and world history, as well as the study of comparative empire and the history of globalization.