Sharon Dolin is the author of seven books of poetry, most recently Manual for Living, Whirlwind, and Burn and Dodge, winner of the AWP Donald Hall Prize in Poetry. She is also the author of a prose memoir titled Hitchcock Blonde and two books of translation: Book of Minutes by Gemma Gorga and the prize-winning Late to the House of Words: Selected Poems by Gemma Gorga. A 2021 National Endowment for the Arts [SA1] Fellowship recipient, Fulbright Scholar, Pushcart Prize winner, and recipient of a Witter Bynner Fellowship from the Library of Congress, she lives in New York City, where she teaches poetry workshops and is associate editor of Barrow Street Press. 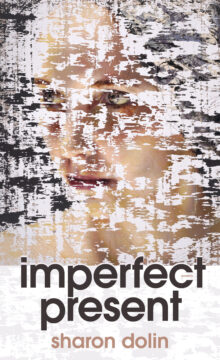 Imperfect Present is a book for our current moment. By confronting the urgencies of daily life, from questions of identity to sexual abuse to racial unrest to the ubiquity of plastic, these poems investigate ways to sustain ourselves in our fraught public and private lives. With her characteristic linguistic play, Sharon Dolin illuminates some of the most personal concerns that resonate throughout our culture and in ourselves, such as error, despair, uncertainty, and doubt. In sections that deploy the lens of art, the “Oblique Strategies” of Brian Eno and Peter Schmidt, and meditations on dreams and spirituality, Imperfect Present provides a panoply of approaches that grapple with the complexity of now. 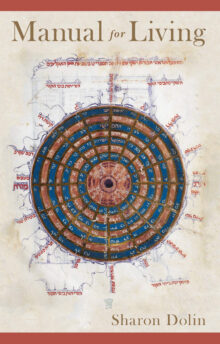 In this sixth collection by award-winning poet Sharon Dolin, Manual for Living offers three distinct approaches to life, each one riven by flashes of joy and despair, and all conditions in between. With a fresh slant on the Stoic philosopher Epictetus, the title section offers a part-serious, part tongue-in-cheek series of advice poems. An ekphrastic sequence based on the “black paintings” of Goya follows, as a darker meditation on life. The final section, “Of Hours,” is a contemporary sequence of psalms where the possibility for redemption in prayer exists. As in all of her work, Dolin’s lyric voice attends to language and the world equally. Her verbal sleights-of-hand offer readers insights for ways to live. Manual for Living is a wise book: drink deeply from it. 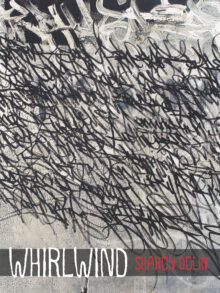 Whirlwind is one woman’s frank, witty, mordant, sexy look at the breakup of a marriage and its emotional aftermath. With her characteristic linguistic play and mixture of poetic registers and styles, Sharon Dolin takes her readers on an off-the-tracks emotional ride through the whirlwind that goes by the name of divorce. Hang on tight. Here poems are never merely confessional, but use formal aplomb to ride the white-heat rage, hurt, denial, reflection, regret, wistfulness, desire, and sexual passion as they go hurtling through the many stages of grief after the death of a relationship and the rebirth of a more vital self. Dolin tackles difficult subjects unflinchingly in her poems: such as betrayal and the shame of the one being betrayed, being a parent within a volatile breakup, as well as some startling poems on the reawakening of sexuality and an attention to the natural world and politics. In her poem that won a Pushcart Prize, she dons the mask of the Furies to confront her ex-husband and his lover. A journalist of her own heart, Sharon Dolin has written a brazen collection that seethes with the pressure of a story to tell: cathartic and thrilling in equal measure. 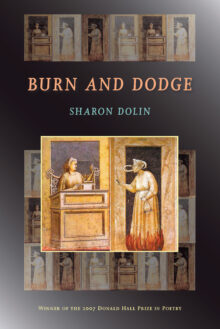 WINNER OF THE 2007 DONALD HALL PRIZE IN POETRY

Burn and Dodge is part serious/part serious play and opens with a frank and occasionally antic exploration of contemporary vices, such as Guilt, Envy, and Regret. Some poems “dodge” such preoccupations by playing with a nonce form called sonnet/ghazal. The collection contains a sequence of poems called “Current Events,” based on newspaper stories. that is also a playful meditation on the nature of the interrogative pronouns (Who, What, Where, When . . . ) as well as another series of homophonic sonnets called “Clare-Hewn,” which are aural “translations” of John Clare.