Common misconceptions about Japan begin with the notion that it is a “small” country (it's actually lager than Great Britain, Germany or Italy) and end with pronouncements that the Japanese think differently and have different values-they do things differently because that's the way they are. Steven Reed takes on the task of demystifying Japanese culture and behavior. Through examples that are familiar to an American audience and his own personal encounters with the Japanese, he argues that the apparent oddity of Japanese behavior flows quite naturally from certain objective conditions that are different from those in the United States. Mystical allegations about national character are less useful for understanding a foreign culture than a close look at specific situations and conditions. Two aspects of the Japanese economy have particularly baffled Americans: that Japanese workers have “permanent employment” and that the Japanese government cooperates with big business. Reed explains these phenomena in common sense terms. He shows how they developed historically, why they continue, and why they helped produce economic growth. He concludes that these practices are not as different from what happens in the United States as they may appear. 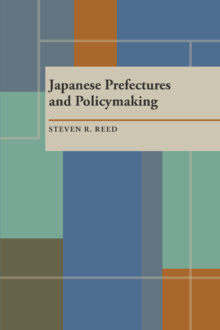 In this book, Steven R. Reed argues that studying only central administrations and national-level politics yields a picture of greater rigidity than actually exists in modern governments. There is not a simple dichotomy between centralization and local autonomy: many different relationships between levels of government are possible. Reed illustrates his point in nine detailed case studies in which he analyzes the governments of three of Japan's forty-seven prefectures. Reed interviews over one-hundred officials to reveal the innovative policymaking that exists at the local level.

Reed compares how each prefecture addresses pollution control, public housing, and access to the best high school education, and concludes that despite some inefficiency in the system, the results are usually very good. Japan's prefectures are important sources of governmental flexibility and responsiveness.