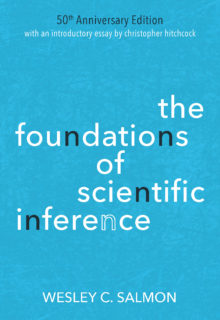 The Foundations of Scientific Inference

After its publication in 1967, The Foundations of Scientific Inference taught a generation of students and researchers about the problem of induction, the interpretation of probability, and confirmation theory. Fifty years later, Wesley C. Salmon’s book remains one of the clearest introductions to these fundamental problems in the philosophy of science. This anniversary edition of Salmon’s foundational work features a detailed introduction by Christopher Hitchcock, which examines the book’s origins, influences, and major themes, its impact and enduring effects, the disputes it raised, and its place in current studies, revisiting Salmon’s ideas for a new audience of philosophers, historians, scientists, and students. 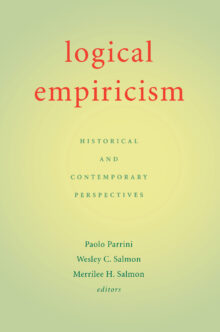 Logical empiricism, a program for the study of science that attempted to provide logical analyses of the nature of scientific concepts, the relation between evidence and theory, and the nature of scientific explanation, formed among the famed Vienna and Berlin Circles of the 1920s and '30s and dominated the philosophy of science throughout much of the twentieth century. In recent decades, a “post-positivist” philosophy, deriding empiricism and its claims in light of more recent historical and sociological discoveries, has been the ascendant mode of philosophy and other disciplines in the arts and sciences.This book features original research that challenges such broad oppositions. In eleven essays, leading scholars from many nations construct a more nuanced understanding of logical empiricism, its history, and development, offering promising implications for current philosophy of science debates.Tapping rich resources of unpublished material from archives in Haarlem, Konstanz, Pittsburgh, and Vienna, contributors conduct a deep investigation into the origins and development of the Vienna and Berlin Circles. They expose the roots of the philosophy in such varied sources as Cassirer, Poincaire, Husserl, Heidegger, and Wittgenstein. Important connections between the empiricists and other movements–neo-empiricism, British empiricism–are vigorously explored.Building on these historical studies, a critical reevaluation emerges that shrinks the distance between old and new philosophers of science, between “analytic” and “Continental” philosophy. A number of compelling recent debates, including those involving Kuhn, Feyerabend, Hesse, Glymour, and Hanson, are reopened to show the ways in which logical empiricist theory can still be validly applied.Logical Empiricism is the result of a remarkable conference, convened in the spirit of reflection and international cooperation, that took place in Florence, Italy, in 1999. 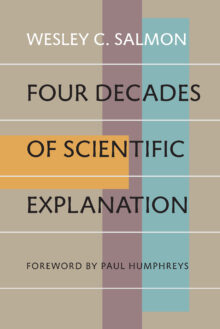 As Aristotle stated, scientific explanation is based on deductive argument–yet, Wesley C. Salmon points out, not all deductive arguments are qualified explanations. The validity of the explanation must itself be examined. Four Decades of Scientific Explanation provides a comprehensive account of the developments in scientific explanation that transpired in the last four decades of the twentieth century. It continues to stand as the most comprehensive treatment of the writings on the subject during these years.
Building on the historic 1948 essay by Carl G. Hempel and Paul Oppenheim, “Studies in the Logic of Explanation,” which introduced the deductive-nomological (D-N) model on which most work on scientific explanation was based for the following four decades, Salmon goes beyond this model's inherent basis of describing empirical knowledge to tells us “not only what, but also why.” Salmon examines the predominant models in chronological order and describes their development, refinement, and criticism or rejection.
Four Decades of Scientific Explanation underscores the need for a consensus of approach and ongoing evaluations of methodology in scientific explanation, with the goal of providing a better understanding of natural phenomena.

Logic, Language, and the Structure of Scientific Theories

Logic, Language, and the Structure of Scientific Theories, the second book in the Pittsburgh-Konstanz Series, marks the centennial of the births of Rudolf Carnap and Hans Reichenbach. Original essays by internationally distinguished scholars range from epistemology and philosophy of language to logic, semantics, the philosophy of physics and mathematics. In the realm of philosophy of physics it focuses upon such topics as space, time, and causality, which play fundamental roles in relativity theory and quantum mechanics. 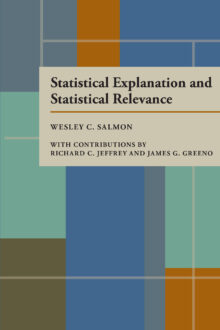 According to modern physics, many objectively improbable events actually occur, such as the spontaneous disintegration of radioactive atoms. Because of high levels of improbability, scientists are often at a loss to explain such phenomena. In this main essay of this book, Wesley Salmon offers a solution to scientific explanation based on the concept of statistical relevance (the S-R model). In this vein, the other two essays herein discuss “Statistical Relevance vs. Statistical Inference,” and “Explanation and Information.”