Alfred Proctor James was professor of history at the University of Pittsburgh, and author of The Ohio Company: Its Inner History. 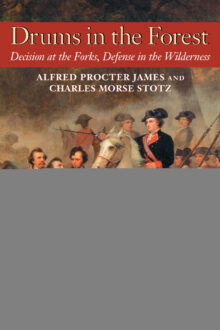 Drums In The Forest

Decision At The Forks

Originally published to commemorate the bicentennial of Pittsburgh's founding, Drums in the Forest is reissued to mark the 250th anniversary of the French and Indian War. It comprises two parts: the first, by Alfred Proctor James, provides the historical background leading up to the capture of Fort Duquesne by the British; the second, by Charles Morse Stotz, is a description of the five forts built at the forks of the Ohio between 1754 and 1815. 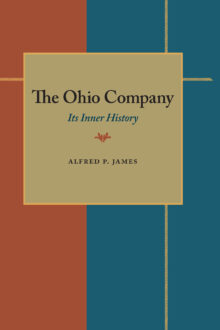 Alfred P. James presents a comprehensive reconstruction of the history and activities of the Ohio Company of Virginia, which was formed by esquire Thomas Lee and eleven others. In 1747, the group petitioned the governor and Council of Virginia for 200,000 acres of land west of the Allegheny Mountains. There they would build a fort and storehouses for the future settlement of the area by families. James also examines the effects of the French and Indian War on the settlements, and the vain attempts of the company to reorganize after the war. As his study reveals, despite these events, the Ohio Company was instrumental in developing the land that would later become western Pennsylvania. The book also reproduces some 1,200 pieces of company correspondence, including land and commercial transactions.