Allan Franklin is professor of physics at the University of Colorado. He has twice been chair of the Forum on the History of Physics of the American Physical Society and has served two terms on the Executive Council of the Philosophy of Science Association. He is the author of eleven books, including Are There Really Neutrinos? An Evidential History; Selectivity and Discord: Two Problems of Experiment; No Easy Answers: Science and the Pursuit of Knowledge; Shifting Standards: Experiments in Particle Physics in the Twentieth Century, and coauthor of Ending the Mendel-Fisher Controversy. 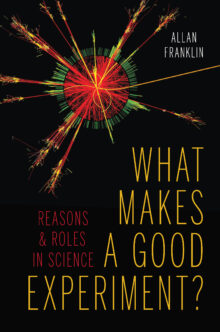 What Makes a Good Experiment?

Reasons and Roles in Science

What makes a good experiment? Although experimental evidence plays an essential role in science, as Franklin argues, there is no algorithm or simple set of criteria for ranking or evaluating good experiments, and therefore no definitive answer to the question. Experiments can, in fact, be good in any number of ways: conceptually good, methodologically good, technically good, and pedagogically important. And perfection is not a requirement: even experiments with incorrect results can be good, though they must, he argues, be methodologically good, providing good reasons for belief in their results. Franklin revisits the same important question he posed in his 1981 article in the British Journal for the Philosophy of Science, when it was generally believed that the only significant role of experiment in science was to test theories. But experiments can actually play a lot of different roles in science—they can, for example, investigate a subject for which a theory does not exist, help to articulate an existing theory, call for a new theory, or correct incorrect or misinterpreted results. This book provides details of good experiments, with examples from physics and biology, illustrating the various ways they can be good and the different roles they can play. 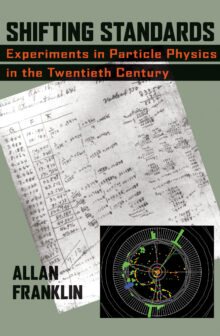 Experiments in Particle Physics in the Twentieth Century

In Shifting Standards, Allan Franklin provides an overview of notable experiments in particle physics. Using papers published in Physical Review, the journal of the American Physical Society, as his basis, Franklin details the experiments themselves, their data collection, the events witnessed, and the interpretation of results. From these papers, he distills the dramatic changes to particle physics experimentation from 1894 through 2009.

Franklin develops a framework for his analysis, viewing each example according to exclusion and selection of data; possible experimenter bias; details of the experimental apparatus; size of the data set, apparatus, and number of authors; rates of data taking along with analysis and reduction; distinction between ideal and actual experiments; historical accounts of previous experiments; and personal comments and style.
From Millikan’s tabletop oil-drop experiment to the Compact Muon Solenoid apparatus measuring approximately 4,000 cubic meters (not including accelerators) and employing over 2,000 authors, Franklin’s study follows the decade-by-decade evolution of scale and standards in particle physics experimentation. As he shows, where once there were only one or two collaborators, now it literally takes a village. Similar changes are seen in data collection: in 1909 Millikan’s data set took 175 oil drops, of which he used 23 to determine the value of e, the charge of the electron; in contrast, the 1988-1992 E791 experiment using the Collider Detector at Fermilab, investigating the hadroproduction of charm quarks, recorded 20 billion events. As we also see, data collection took a quantum leap in the 1950s with the use of computers. Events are now recorded at rates as of a few hundred per second, and analysis rates have progressed similarly.

Employing his epistemology of experimentation, Franklin deconstructs each example to view the arguments offered and the correctness of the results. Overall, he finds that despite the metamorphosis of the process, the role of experimentation has remained remarkably consistent through the years: to test theories and provide factual basis for scientific knowledge, to encourage new theories, and to reveal new phenomenon. 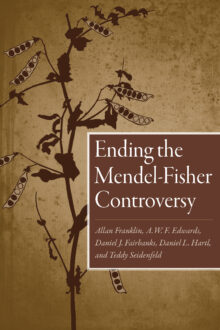 In 1865, Gregor Mendel presented “Experiments in Plant-Hybridization,” the results of his eight-year study of the principles of inheritance through experimentation with pea plants. Overlooked in its day, Mendel's work would later become the foundation of modern genetics. Did his pioneering research follow the rigors of real scientific inquiry, or was Mendel's data too good to be true-the product of doctored statistics?

In Ending the Mendel-Fisher Controversy, leading experts present their conclusions on the legendary controversy surrounding the challenge to Mendel's findings by British statistician and biologist R. A. Fisher. In his 1936 paper “Has Mendel's Work Been Rediscovered?” Fisher suggested that Mendel's data could have been falsified in order to support his expectations. Fisher attributed the falsification to an unknown assistant of Mendel's. At the time, Fisher's criticism did not receive wide attention. Yet beginning in 1964, about the time of the centenary of Mendel's paper, scholars began to publicly discuss whether Fisher had successfully proven that Mendel's data was falsified. Since that time, numerous articles, letters, and comments have been published on the controversy.

This self-contained volume includes everything the reader will need to know about the subject: an overview of the controversy; the original papers of Mendel and Fisher; four of the most important papers on the debate; and new updates, by the authors, of the latter four papers. Taken together, the authors contend, these voices argue for an end to the controversy-making this book the definitive last word on the subject. 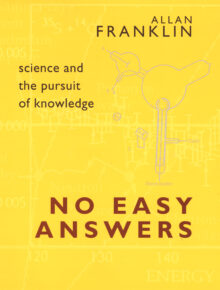 Science and the Pursuit of Knowledge

In No Easy Answers, Allan Franklin offers an accurate picture of science to both a general reader and to scholars in the humanities and social sciences who may not have any background in physics. Through the examination of nontechnical case studies, he illustrates the various roles that experiment plays in science. He uses examples of unquestioned success, such as the discoveries of the electron and of three types of neutrino, as well as studies that were dead ends, wrong turns, or just plain mistakes, such as the “fifth force,” a proposed modification of Newton's law of gravity. Franklin argues that science is a reasonable enterprise that provides us with knowledge of the natural world based on valid experimental evidence and reasoned and critical discussion, and he makes clear that it behooves all of us to understand how it works. 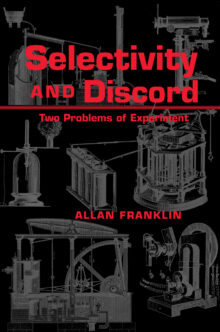 Selectivity and Discord addresses the fundamental question of whether there are grounds for belief in experimental results. Specifically, Allan Franklin is concerned with two problems in the use of experimental results in science: selectivity of data or analysis procedures and the resolution of discordant results.

By means of detailed case studies of episodes from the history of modern physics, Franklin shows how these problems can be&mdash;and are&mdash;solved in the normal practice of science and, therefore, that experimental results may be legitimately used as a basis for scientific knowledge.