David Lehman is the editor of The Oxford Book of American Poetry and Great American Prose Poems. He is also the general editor of the annual The Best American Poetry, which he initiated in 1988. His recent books of poetry include Poems in the Manner Of and New and Selected Poems. He has authored eight nonfiction books, including The State of the Art: A Chronicle of American Poetry, 1988-2014. Lehman has received a Guggenheim Fellowship and an award in literature from the American Academy of Arts and Letters. 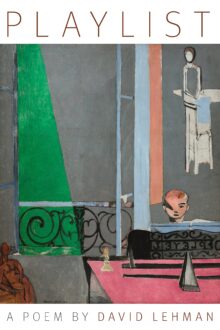 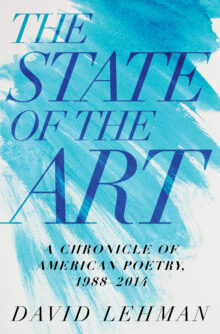 The State of the Art

The acclaimed annual, The Best American Poetry, is the most prestigious showcase of new poetry in the United States and Canada. Each year since the series began in 1988, David Lehman has contributed a foreword, and this has evolved into a sort of state-of-the-art address that surveys new developments and explores various matters facing poets and their readers today. This book collects all twenty-nine forewords (including the two written for the retrospective “Best of the Best” volumes for the tenth and twenty-fifth anniversaries.) Beginning with a new introduction by Lehman and a foreword by poet Denise Duhamel (guest editor for The Best American Poetry 2013), the collection conveys a sense of American poetry in the making, year by year, over the course of a quarter of a century.