Deepanwita Dasgupta is assistant professor in philosophy at the University of Texas at El Paso. Her research lies at the intersection of philosophy of science and the cognitive studies of science with an emphasis on the dynamics of conceptual change. 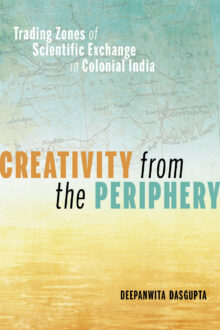 Creativity from the Periphery

Science is usually knownbyits most successful figures and resource-rich institutions. In stark contrast, Creativity from the Peripherydraws our attention to unknown figures in science—those who remain marginalized, even neglected, within its practices. Researchers in early twentieth-century colonial India, for example, have made significant contributions to the stock of scientific knowledge and have provided science with new breakthroughs and novel ideas, but to little acclaim. As Deepanwita Dasgupta argues, sometimes the best ideas in science are born from difficult and resource-poor conditions. Inthis study,she turns our attention to these peripheral actors, shedding new light on how scientific creativity operates in lesser-known, marginalized contexts, and how the work of self-trained researchers, though largely ignored , has contributed to important conceptual shifts. Her book presents a new philosophical framework for understanding this peripheral creativity in science through the lens of trading zones—where knowledge is exchanged between two unequal communities—and explores the implications for the future diversity of transnational science.