Federico Paolini is an associate professor at the University of Campania. 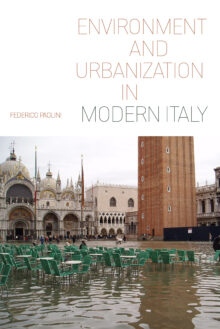 Environment and Urbanization in Modern Italy

From the second half of the 1940s, when postwar reconstruction began in Italy, there were three notable driving forces of environmental change: the uncontrollable process of urban drift, fueled by considerable migratory flows from the countryside and southern regions toward the cities where large-scale productive activities were beginning to amass; unruly industrial development, which was tolerated since it was seen as the necessary tribute to be paid to progress and modernization; and mass consumption.