Fernando J. Rosenberg is associate professor in the department of Hispanic studies and comparative literature at Brandeis University. He is the author of The Avant-Garde and Geopolitics in Latin America. 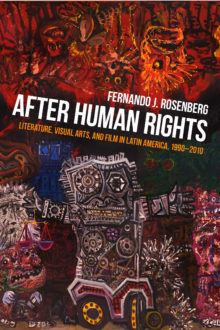 Fernando J. Rosenberg explores Latin American artistic production concerned with the possibility of justice after the establishment, rise, and ebb of the human rights narrative around the turn of the last century. Prior to this, key literary and artistic projects articulated Latin American modernity by attempting to address and supplement the state’s inability to embody and enact justice. Rosenberg argues that since the topics of emancipation, identity, and revolution no longer define social concerns, Latin American artistic production is now situated at a point where the logic and conditions of marketization intersect with the notion of rights through which subjects define themselves politically. Rosenberg grounds his study in discussions of literature, film, and visual art (novels of political refoundations, fictions of truth and reconciliation, visual arts based on cases of disappearance, films about police violence, artistic collaborations with police forces, and judicial documentaries). In doing so, he provides a highly original examination of the paradoxical demands on current artistic works to produce both capital value and foster human dignity. 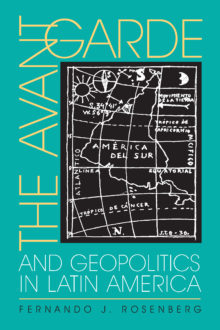 The Avant-Garde and Geopolitics in Latin America

The Avant-Garde and Geopolitics in Latin America examines the canonical Latin American avant-garde texts of the 1920s and 1930s in novels, travel writing, journalism, and poetry, and presents them in a new light as formulators of modern Western culture and precursors of global culture. Particular focus is placed on the work of Roberto Arlt and M-rio de Andrade as exemplars of the movement.
Fernando J. Rosenberg provides a theoretical historiography of Latin American literature and the role that modernity and avant-gardism played in it. He finds significant parallels between the cultural battles of the interwar years in Latin America and current debates over the role of the peripheral nation-state within the culture of globalization. Rosenberg establishes that the Latin American avant-garde evolved on its own terms, in polemic dialogue with the European movements, critiquing modernity itself and developing a global geopolitical awareness. In the process these writers created a bridge between postcolonial and postmodern culture, forming a distinct movement that continues its influence today.