Gary P. Steenson is a historian, specializing in Marxism and Europe. He is the author of several books, including:“Not One Man! Not One Penny!”: German Social Democracy, 1863Ð1914 and After Marx, Before Lenin: Marxism and Socialist Working-Class Parties in Europe, 1884-1914. 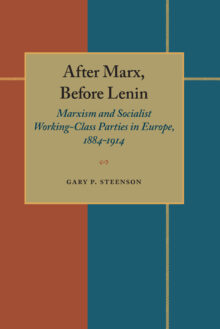 After Marx, Before Lenin

In this book, Gary P. Steenson offers new interpretations of the history and nature of socialist movements in Germany, France, Austria, and Italy, from after Karl Marx's death until World War I. Based largely on Friedrich Engels's correspondence and those of other socialist party leaders, Steenson analyzes Engels's view of European politics and those of his strategic counsel. He also derives the standards of Marxian orthodoxy from party publications and the political press. The central importance of Engels is clear, as is the seductive appeal of his frequently insightful, often misguided counsel to working politicians. Steenson also finds that this period saw no contradiction in adherence to Marxism and full participation in democratic, representative politics-and that in those countries where democratic forms did not exist, Marxists led the struggle to obtain them. 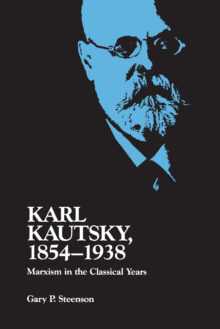 Marxism in the Classical Years

The first major study of Karl Kautsky, considered the most influential Marxian theoretician in the world, from 1895 to 1914. Outside of Friedrich Engels, Kautsky did more to popularize Marism than any other person. An entire generation of Marxists, including Lenin and Trotsky, learned the doctrine in large part from Kautsky. 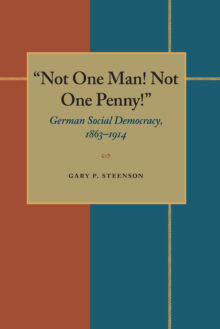 Not One Man Not One Penny

The German social democratic movement was the first mass, working-class party in world history, and a prototype for one of the major features of twentieth-century politics. Gary P. Steenson presents an introduction to the origins and development of German social democracy up to the First World War, by drawing upon protocols of the German Social Democratic Party, the party press, correspondence of leading figures, and scholarly research. Steenson also offers biographical sketches of prominent party officials, and translations of party programs and bylaws in the appendix.