Maggie Anderson is the author of several poetry collections including, Years That Answer, Windfall, and A Space Filled with Moving. She is the editor of Hill Daughter: New and Selected Poems of Louise McNeill, and co-editor of A Gathering of Poets, and Learning by Heart: Contemporary American Poetry about School. Anderson has received awards from the National Endowment for the Arts, the Ohio Arts Council, the Pennsylvania Council on the Arts, and the MacDowell Colony. She teaches creative writing at Kent State University where she directs the Wick Poetry Program and edits the Wick Poetry Series through the Kent State University Press. 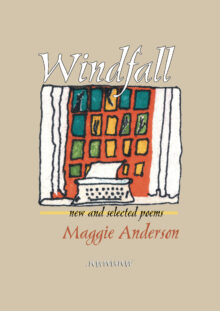 Windfall includes poems from three previous books by Maggie Anderson, along with a generous selection of new work. In this collection we can see over two decades of the growth of a poet memorable for the clarity, strength, and urgency of her voice. Anderson’s poems entangle a language, a history, and a group of belongings, and she is both at home and a foreigner in the places she invokes. Every place in these poems seems inhabitable, yet the tensions of these deceptively quiet lines develop out of the clear reluctance or inability of the poet to sit still. Maggie Anderson writes out of deep grief for the political losses of work and money, of life and limb and home in our dangerous times. She remembers and witnesses, and she also speaks eloquently for our private griefs—the loss of family, vitality and self. These poems do not shout; we listen as if following a whisper in the dark. A counterpoint to the sorrows in these poems is a complex and often joyous music, as well as a wry, sometimes self-deprecating humor which saves the work from solemnity. Her rhythms are diverse and intricate; they move deftly from fiddle whine to saxophone, from fugue to blues. 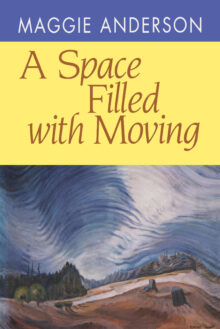 A Space Filled with Moving

“We are struck by the generosity of a voice that manages to bridge the gap between a personal and a world view, a balance that reveals a narrator who is of the world yet not overwhelmed by it.” 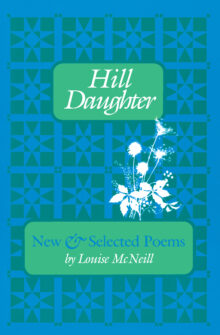 Musically complex and intellectually sophisticated, Louise McNeill’s imagery and rhythms have their deepest sources in the West Virginia mountains where she was born in 1911 on a farm that has been in her family for nine generations. These are rooted poems, passionately concerned with stewardship of the land and with the various destructions of land and people that often come masked as “progress.”

In colloquial, rural, and sometimes macabre imagery, Louise McNeill documents the effects of the change from a farm to an industrial economy on the West Virginia mountain people. She writes of the earliest white settlements on the western side of the Alleghenies and of the people who remained there through the coming of the roads, the timber and coal industries, and the several wars of this century.

The reappearance of Louise McNeill’s long out-of-print poems will be cause for celebration for readers familiar with her work. Those reading it for the first time will discover musical, serious, idiosyncratic, and startling poems that define the Appalachian experience. 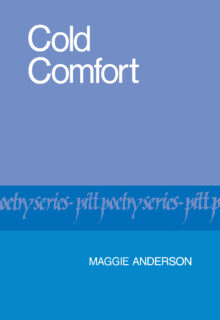 Cold Comfort is a book of poems written out of deep affection and concern for the world in a dangerous time. An urbane stylist, Anderson characteristically focuses on rural and small-town America, where the events of personal history intersect those of the larger world.