Richard J. Oosterhoff is lecturer in early modern history at the University of Edinburgh. He is the author of Making Mathematical Culture: University and Print in the Circle of Lefèvre d’Étaples and coauthor of Logodaedalus: Word Histories of Ingenuity in Early Modern Europe. 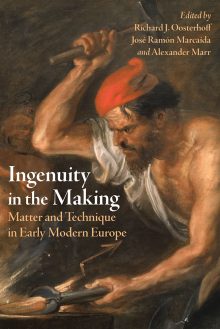 Ingenuity in the Making

Ingenuity in the Making explores the myriad ways in which ingenuity shaped the experience and conceptualization of materials and their manipulation in early modern Europe. Contributions range widely across the arts and sciences, examining objects and texts, professions and performances, concepts and practices. The book considers subjects such as spirited matter, the conceits of nature, and crafty devices, investigating the ways in which ingenuity acted in and upon the material world through skill and technique. Contributors ask how ingenuity informed the “maker’s knowledge” tradition, where the perilous borderline between the genius of invention and disingenuous fraud was drawn, charting the ambitions of material ingenuity in a rapidly globalizing world. 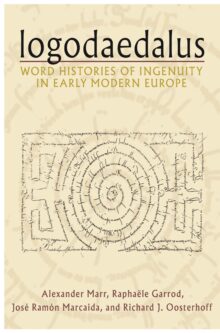 Before Romantic genius, there was ingenuity. Early modern ingenuity defined every person—not just exceptional individuals—as having their own attributes and talents, stemming from an “inborn nature” that included many qualities, not just intelligence. Through ingenuity and its family of related terms, early moderns sought to understand and appreciate differences between peoples, places, and things in an attempt to classify their ingenuities and assign professions that were best suited to one’s abilities. Logodaedalus, a prehistory of genius, explores the various ways this language of ingenuity was defined, used, and manipulated between 1470 and 1750. By analyzing printed dictionaries and other lexical works across a range of languages—Latin, Italian, Spanish, French, English, German, and Dutch—the authors reveal the ways in which significant words produced meaning in history and found expression in natural philosophy, medicine, natural history, mathematics, mechanics, poetics, and artistic theory.