Ronald Wallace is the author of numerous books of poetry, including, most recently, For a Limited Time Only. He is codirector of the creative writing program, Halls-Bascom Professor of English, and Felix Pollak Professor of Poetry at the University of Wisconsin-Madison. 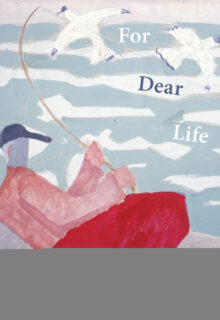 In For Dear Life, with accessibility, wit, and humor, Ronald Wallace evokes a wide variety of subjects that range from the traditional themes of lyric poetry—love, death, sex, the natural world, marriage, birth, childhood, music, religion, art—to the most unexpected and quirky narratives—an ode to excrement, a catalogue of comic one-liners, a celebratory testimonial to his teeth. 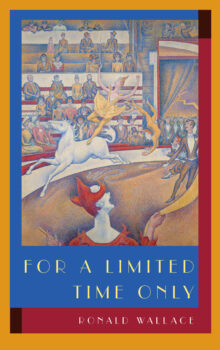 For a Limited Time Only

For a Limited TIme Only, Ronald Wallace’s eighth collection of poems, is perhaps his darkest and most meditative to date, focusing his experiences with illness, old age, and mortality; his father-in-law’s death after a long bout with Alzheimer’s; his step-father’s death after a painful struggle with esophageal cancer, his own bout with prostate cancer. These personal experiences form the core of the first three sections of the book, but are mediated by theological and philosophical speculations that find further voice in the character of a “Mr. Grim,” whose angry, self-pitying, gruff, comic, self-depreciating, nostalgic, defeated, and hopeful riffs on the human condition provide a bridge to the affirmative, often comic, close. In the final two sections, in poems in praise of his dentist, his barber, his wife, his grandparents, the morpheme, Mr. Malaprop, Pluto, tattoos, hamburger heaven, sex talk, and poetry itself, Wallace once again proves the resilience of hope and humor in what is, for him, finally a world of wonders. 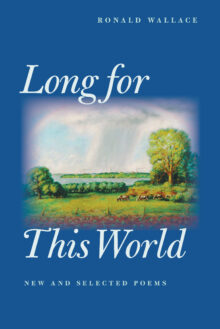 Long For This World

Long for This World features the best of Ronald Wallace's work from his previous collections of poetry–Plums, Stones, Kisses & Hooks , Tunes for Bears to Dance To, People and Dog in the Sun, The Makings of Happiness, Time's Fancy and The Uses of Adversity–along with a generous selection of twenty-six new poems. If Wallace's recent poems sometimes seem darker and deeper, more meditative and complex, less sanguine about the tragedies of daily life, they never sacrifice the comic sense, the synthesis of technical skill and strong emotion, and the sensory immediacy that have become his hallmarks. 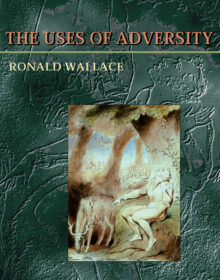 The Uses Of Adversity

The Uses of Adversity— titled after the line from As You Like It, “Sweet are the uses of adversity” – is a collection of one hundred sonnets cobining the craftiness of traditional form with the effortlessness of free verse. The language is often richly textured and musical, often plain spoken and conversational, but always witty and accessible. The subject matter ranges widely from Rootie Kazootie and Froggy the Gremlin, Howdy Doody and Elvis Presley, to Christopher Columbus, Khrushchev, Kennedy, and Kevorkian; from Donald Duck, Mandrake the Magician, Li’l Abner and the Creature from the Black Lagoon, to Shakespeare, H.P. Lovecraft, Transtromer, Rilke, Wittgenstein, and Nietzsche; from the tradtional themes of lyrics – love (both sacred and profane), death, the changing of the seasons, marriage, birth, divorce, childhood, sex, religion,art, the natural world, illness – to the most unexpected and quirky contemporary narratives.

The title sequence, which explores a father’s illness and death, is both elegiac and celebratory, evoking the conflictual bonds in any father-son relationship. In these sonnets, by turns hilarious and heartbreaking, Wallace once again proves himself to be one of our most versatile and affirmative poets. 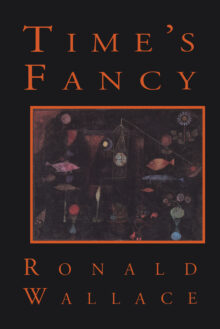 Winner of the 1995 Banta Book Prize for a Wisconsin Author

Ronald Wallace is best known for his wit and good humor, his synthesis of technical skill and strong emotion, his sensory immediacy, his accessibility, and charm. Now in Time's Fancy, his fifth collection, Wallace explores the tragic aspects of life more fully, fashioning a declarative poetry that is darker and deeper, more meditative and complex. 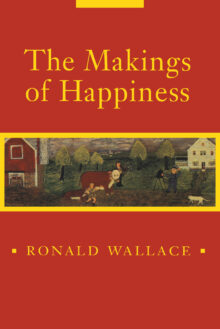 The Makings of Happiness