William F. Trimble is professor and former department chair of history at Auburn University, and the author of several books including Attack from the Sea: A History of the U.S. Navy’s Seaplane Striking Force, and Jerome C. Hunsaker and the Rise of American Aeronautics. 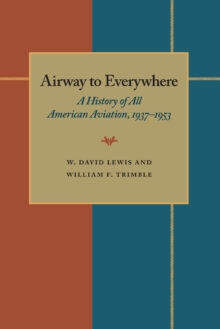 The Airway to Everywhere

This book chronicles the history of All American Aviation of western Pennsylvania, a commercial airline pioneer. The brainchild of self-styled inventor Dr. Lytle S. Adams and Richard C. du Pont, the company began as an airmail delivery carrier, taking advantage of the Experimental Air Mail Act passed by Congress in 1938. The Airway to Everywhere relates the exciting early days of airmail delivery&mdash;hair-raising tales of courageous pilots who scooped mail bags tethered to wires strung between poles on makeshift airfields. The story of this airline is placed within the context a typical twentieth-century American business pattern-where technological innovation is followed by development and commercial application, followed by government subsidies and corporate takeovers. In that vein, All American Aviation would become Allegheny Airlines, and later, U.S. Air. 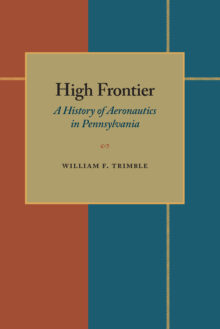 A History of Aeronautics in Pennsylvania

From the early days of hot air ballooning to supersonic aircraft, High Frontier chronicles the history of flight in Pennsylvania. Early experimentation with lighter-than-air craft in the nineteenth century was followed by significant advances in aerodynamics, the advent of the airplane, and its gradual acceptance by the public. The state had its own contingent of inventors and aviators, who flew and crashed their homemade machines in countless exhibitions. After World War I commercial flights took wing, including government airmail delivery, and expanded airports, federal and state regulation of aeronautics laid the groundwork for the growth of the industry.