Yolanda Padilla is assistant professor in the School of Interdisciplinary Arts and Sciences at the University of Washington, Bothell. 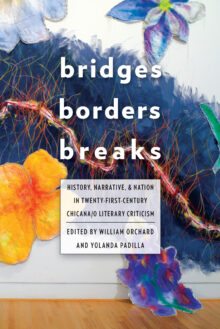 This volume reassesses the field of Chicana/o literary studies in light of the rise of Latina/o studies, the recovery of a large body of early literature by Mexican Americans, and the “transnational turn” in American studies. The chapters reveal how “Chicano” defines a literary critical sensibility as well as a political one and show how this view can yield new insights about the status of Mexican Americans, the legacies of colonialism, and the ongoing prospects for social justice. Chicana/o literary representations emerge as significant examples of the local that interrogate globalization’s attempts to erase difference. They also highlight how Chicana/o literary studies’ interests in racial justice and the minority experience have produced important intersections with new disciplines while also retaining a distinctive character. The recalibration of Chicana/o literary studies in light of these shifts raises important methodological and disciplinary questions, which these chapters address as they introduce the new tools required for the study of Chicana/o literature at this critical juncture.