Anne Ruggles Gere is Arthur F. Thurnau Professor and Gertrude Buck Collegiate Professor at the University of Michigan where she directs the Sweetland Center for Writing and serves as cochair of the joint PhD program in English and education. She is a former president of the National Council of Teachers of English, a past chair of the Conference on College Composition and Communication, and a former member of the Executive Council of the Modern Language Association. 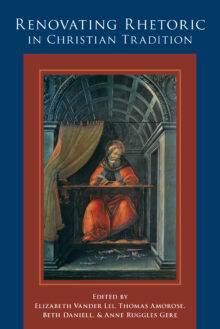