Thomas Amorose is professor of English at Seattle Pacific University. 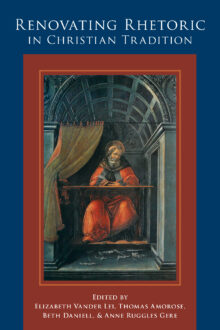