Mark Bassin is research professor of the history of ideas in the Center for Baltic and East European Studies at Södertörn University, Stockholm. He is the author of Imperial Visions: Nationalist Imagination and Geographical Expansion in the Russian Far East, 1840-1865 and co-edited Soviet and Post-Soviet Identities and Space, Place, and Power in Modern Russia: Essays in the New Spatial History. 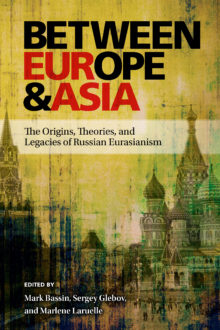