With a Southern Edge, 2021 Drue Heinz Prize Winner Reveals the Nuances of Our Human Mysteries

With a Southern Edge, 2021 Drue Heinz Prize Winner Reveals the Nuances of Our Human Mysteries

Joanna Pearson of Carrboro, North Carolina is the 2021 winner of the Drue Heinz Literature Prize, one of the nation’s most prestigious awards for a collection of short stories. Pearson’s Now You Know It All was selected by Pulitzer Prize-winning author Edward P. Jones. The University of Pittsburgh Press will publish Pearson’s collection in October 2021. 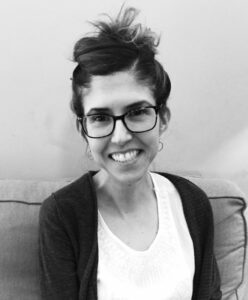 “Joanna Pearson’s Now You Know It All offers a splendid array of stories that reminded me page after page of old-fashioned stories when writers built their pieces brick by brick and built them to last.” said Jones. “Pearson is not after the quick two-page, soulless anecdote glancing. [With a] Southern flavor, Now You Know It All is about the souls and hearts of the characters and how so very much of living got them to a point where nothing can be the same again. Chekhov and Gaines and Welty did not produce cartoon people and Pearson certainly follows their examples with her eleven-story collection.”

Poised on the precipice of mystery and longing, each character in Now You Know It All is on the brink of discovery—and decision. Set in small-town North Carolina, or featuring eager Southerners venturing afar, these stories capture that crucial moment when someone’s path changes irrevocably.

“The stories in this collection operate a bit like mini-mysteries, and once I assembled the manuscript, I could see how they chimed with one another,” said Pearson. “The characters are each trying to figure something crucial out, but with that knowledge, always imperfect, of course, comes a kind of loss. I loved both the obvious truth and the obvious irony of the title Now You Know It All.”

Pearson’s stories peel back the layers of the narratives we tell ourselves in our attempts to understand the world, revealing that the ghosts that haunt us are often the very shadows that we cast. Pearson continued, “One of my writing friends says I gravitate toward ‘the magical mundane.’ I always think I’m writing ghost stories—I tend to feel those rhythms whether I’m writing an actual ghost story or not.”

The oldest of the stories in this collection were written in 2017, but Pearson, who works as a psychiatrist, didn’t seriously start writing fiction until 2014. “I feel a little bit like I’m making up for lost time. And because my writing time is really scarce, I tend to work in these frenzied, obsessive bursts—then revise a lot, with feedback from my husband, who is my most helpful reader.”

Joanna Pearson is a lapsed poet who once wrote a young adult novel on a whim but nowadays mostly writes short fiction. Her first collection of stories, Every Human Love (Acre Books, 2019) was a finalist for the Shirley Jackson Awards, the Foreword Indies Awards, and the Janet Heidinger Prize for Fiction. Her stories have appeared in Best Small Fictions, Best of the Net, Colorado Review, Crazyhorse, Ecotone, Kenyon Review Online, The Sewanee Review, Subtropics, as well as other journals, and have been listed as notable in Best American Short Stories 2020, 2019, 2018, and 2015. She holds an MFA in poetry from the Johns Hopkins University Writing Seminars and an MD from the Johns Hopkins University School of Medicine. A native of Western North Carolina, she now lives with her husband and two daughters near Chapel Hill, where she works as a psychiatrist.

In addition to publication by UPP, the Heinz award also includes a cash prize of $15,000. Drue Heinz, who passed away in 2018, created the endowment for this accolade in 1981. For more information about Pearson, visit her website at www.joanna-pearson.com.