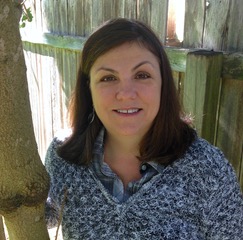 “These big-hearted stories offer a kaleidoscopic vision of Mobile, Alabama, a place marked by a tangled history and no less tangled present,” said The End of the Point author. “With insight, humor, and tenderness, Ramona Reeves renders lives as notable for their frailties and bruises as they are for their grace and grit. Like the work of Sherwood Anderson or Elizabeth Strout, these linked stories take us deep inside a community, even as they plumb the solitary, fiercely particular depths of inner life.”

Happiness and connection are fickle in this collection of eleven linked stories featuring Babbie, a thrice-divorced former call girl, and Donnie, a sobriety-challenged trucker turned yogi. Along with their community of exes, in-laws, and co-workers, Babbie and Donnie share a longing to forge better lives and leave behind their pasts. That’s easier said than done in Mobile, an old city settled first by indigenous people, explored by the Spanish in the 1500s, and settled again by the French in 1702.

“I grew up in Mobile and became intrigued with writing about class in this setting as a way to explore it in the South, and hopefully, elsewhere,” shared Reeves. “In these stories specifically, I wondered about the ways different classes might intersect or repel.”

Despite Mobile’s past and the ever-present specter of status, race, and class, the characters in this collection often strive to reach their versions of the American dream through modern means, including artificial insemination, yoga, job promotions, and truck-driving scholarships for women.

“Expect to read about a sliver of the U.S. that hasn’t been widely represented in fiction. Expect to see characters mired in situations that often contain dark humor, and in a manner of speaking, readers might expect to learn who can and can’t be saved.”

Told with honesty, It Falls Gently All Around not only remind us about the fallibility of being human but also about sometimes finding redemption in unlikely places.

“As a late bloomer and queer writer from the South, winning [the Drue Heinz] prize means the world to me. Knowing that the stories in this collection will find a wider audience is incredibly gratifying.”

Ramona Reeves grew up in Alabama. She’s a winner of the Nancy D. Hargrove Editors’ Prize, has been an AROHO fellow, and a resident at the Kimmel Nelson Harding Center for the Arts. Her writing has appeared in The Southampton Review, New South, Pembroke Magazine, Texas Highways, and elsewhere.

In addition to publication by UPP, the Heinz award also includes a cash prize of $15,000. Drue Heinz, who passed away in 2018, created the endowment for this accolade in 1981. Jane McCafferty is the managing editor for the Drue Heinz Prize.

It Falls Gently All Around by Ramona Reeves has an on-sale date of October 4, 2022.