The University of Pittsburgh Press has been proud to take this journey with Ross Gay, and to share the acclaim for his brilliant collection, Catalog of Unabashed Gratitude. May his future as a poet be bright and rewarding!

Congratulations to all of the winners of the 2015 National Book Award: Robin Coste Lewis, Neal Shusterman, Ta-Nehisi Coates, and Adam Johnson. 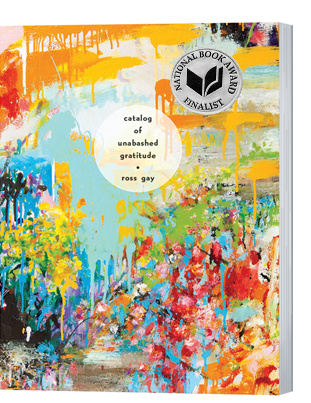 “The Bloomington Community Orchard must have spread its roots into Ross Gay, an Indiana University English professor, as the organic poems in his third collection bear fruit, line by line, with each fresh word or phrase. These are accessible, alive poems that give one the sense of sitting and talking in the poet’s kitchen. Often vulnerable and self-conscious in tone, they dig deep in the dirt of memory and unearth powerful images. In ‘Burial,’ the speaker adds his father’s ashes to the soil while planting a plum tree, and he sees his mother as a bison, dragging ‘her hooves through the ash / of her heart,’ in ‘c’mon!’ Whether by contemplating the extraordinary within everyday acts (sleeping in clothes, drinking water, buttoning and unbuttoning a shirt), or by entwining past and present as he pays homage to parents, friends, even his former love, Gay embraces the natural cycles of life and death as only an introspective gardener and accomplished poet can.” —Booklist

Ross Gay described his third poetry collection Catalog of Unabashed Gratitude as a sustained meditation on that which goes away—loved ones, the seasons, the earth as we know it.

“This is a book that studies the wisdom of the garden and orchard,” he said, “those places where all—death, sorrow, loss—is converted into what might, with patience, nourish us.”

Gay hopes his exploration of gardening and planting will intrigue readers who ordinarily might not reach for a poetry book. 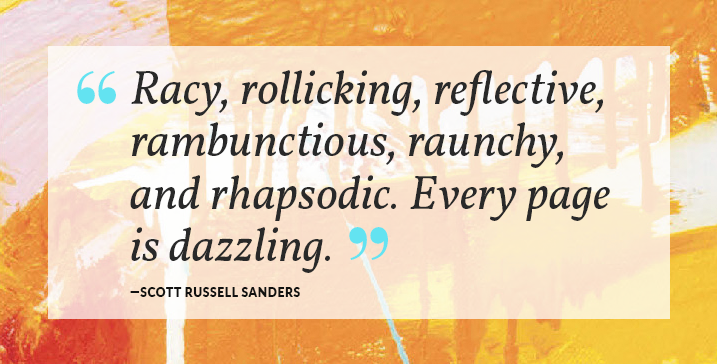 Excerpt from “Catalog of Unabashed Gratitude”

And thank you the tiny bee’s shadow
perusing these words as I write them.
And the way my love talks quietly
when in the hive,
so quietly, in fact, you cannot hear her
but only notice barely her lips moving
in conversation. Thank you what does not scare her
in me, but makes her reach my way. Thank you the love
she is which hurts sometimes. And the time
she misremembered elephants
in one of my poems which, oh, here
they come, garlanded with morning glory and wisteria
blooms, trombones all the way down to the river.
Thank you the quiet
in which the river bends around the elephant’s
solemn trunk, polishing stones, floating
on its gentle back
the flock of geese flying overhead.

And to the quick and gentle flocking
of men to the old lady falling down
on the corner of Fairmount and 18th,, holding patiently
with the softest parts of their hands
her cane and purple hat,
gathering for her the contents of her purse
and touching her shoulder and elbow;
thank you the cockeyed court
on which in a half-court 3 vs. 3 we oldheads
made of some runny-nosed kids
a shambles, and the 61-year-old
after flipping a reverse layup off a back door cut
from my no-look pass to seal the game
ripped off his shirt and threw punches at the gods
and hollered at the kids to admire the pacemaker’s scar
grinning across his chest; thank you
the glad accordion’s wheeze
in the chest; thank you the bagpipes.

Ross Gay is the author of two previous collections, Against Which and Bringing the Shovel Down. His poems have appeared in American Poetry Review, Orion, the Sun, and elsewhere. He is an associate professor of poetry at Indiana University and teaches in Drew University’s low-residency MFA program in poetry. He also serves on the board of the Bloomington Community Orchard. 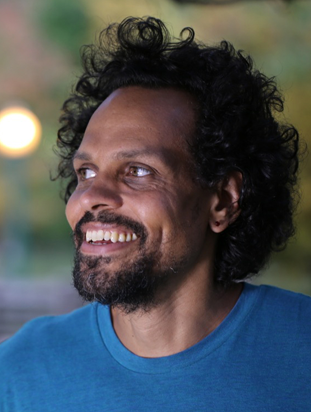