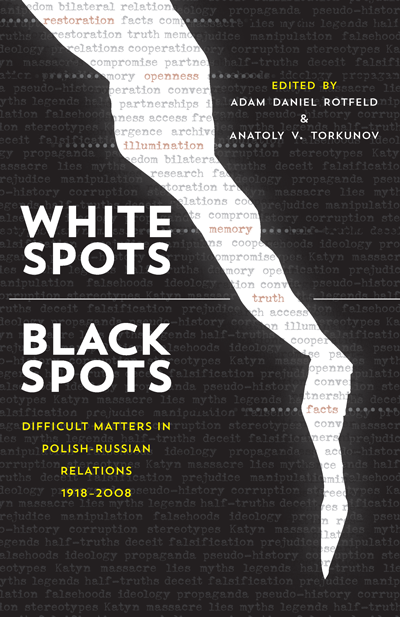 “A remarkable book. Analyzes most of the big issues between the countries, from the Polish-Soviet war following the Bolshevik revolution, through the Soviet occupation of eastern Poland in September 1939, the mass murder of thousands of Polish officers by Soviet security forces at Katyn in 1940, all the way to relations between Putin’s Russia and today’s Poland, a leading member of NATO and the EU. . . . This is a specific Polish-Russian story, but we all have our difficult matters—whether in a country, a community, a company, or a family. As in this example, the search for historical truth is both cause and symptom of better political understanding.”
—Timothy Garton Ash, The Guardian

This pioneering study, prepared by the officially sanctioned Polish-Russian Group on Difficult Matters, is a comprehensive effort to document and fully disclose the major conflicts and interrelations between the two nations from 1918 to 2008. This is the English translation of this major study, which has received acclaim for its Polish and Russian editions. The chapters offer parallel histories by prominent Polish and Russian scholars who recount each country’s version of the event in question. Among the topics discussed are the 1920 Polish-Russian war, the origins of World War II and the notorious Hitler-Stalin pact, the infamously shrouded Katyn massacre, the communization of Poland, Cold War relations, the Solidarity movement and martial law, and the renewed relations of contemporary Poland and Russia.