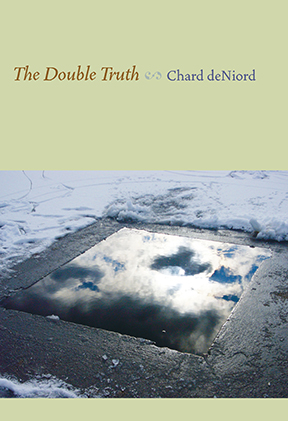 “Sunday Calls,” from Chard deNiord’s collection The Double Truth, will be set to music by Jacob Cooper and featured during a May 15 concert by the chamber ensemble of the Albany Symphony.

Cooper explained that the new song will be performed by vocalist Theo Bleckmann and the symphony’s chamber group “Dogs of Desire.” This concert is part of their annual American Music Festival, and part of Cooper’s two-year residency with the Albany Symphony. “For this concert, we’re each arranging songs and writing new ones,” he said. “The song I’m arranging is Kate Bush’s ‘Under Ice,’ so I was searching for other ‘ice’ poems–looking for some kind of cohesion—and came across Chard’s ‘Sunday Calls’ on the Poetry Foundation website. I thought it was a wonderful poem and a great fit for my music.”

The nurse calls to tell me on Sunday evenings

How he’s holding his own in front

of the window with a thousand channels behind

the one that saves his screen with snow, fish houses,

How the days hang above the ice as vast

recycled pages on which he writes in invisible ink.

How the sun arcs across the sky, then breaks like a plate

How the temperature drops

below zero at dusk, then continues to fall till morning.

at his home in Minnesota, which is the same, she says,

as talking to a friend you’ve never met, but grown close to

nonetheless from hearing his voice.

I hear the snow

falling as she holds the phone outside the window.

Silence is the sound of snow falling on snow, I think

“I’m thinking of walleye in their sleep,”

I tell my father.

“Of catching them as they dream,

then throwing them back in the hole I drilled by hand

with the auger you gave me as a child, whose handle is stained

I wait for her voice to return, then say,

“Just this for now since any more would disappear the lake 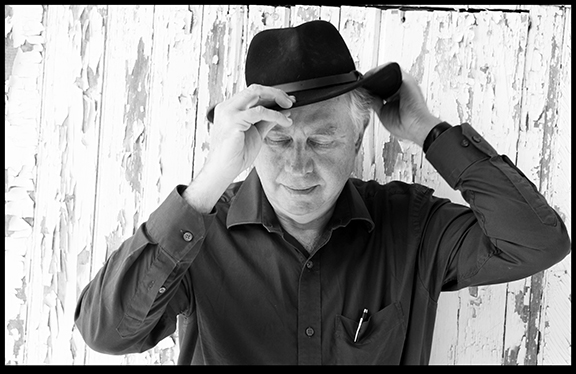 Chard deNiord is the author of four poetry collections: The Double Truth, Night Mowing, Sharp Golden Thorn, and Asleep in the Fire. His poetry has appeared in The Pushcart Prize, The Best Poems from Thirty Years of the Pushcart Prize, The Best American Poetry, and in numerous journals. He is professor of English and creative writing at Providence College and cofounder of the New England College MFA program in poetry.