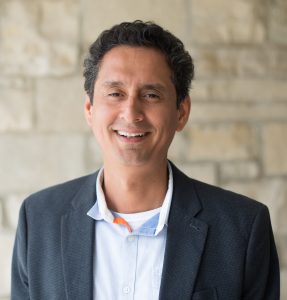 The University of Pittsburgh Press is pleased to welcome Jorge Coronado as the new series editor for Illuminations: Cultural Formations of the Americas!

Featuring cutting-edge books on Latin American and inter-American societies, histories, and cultures that offer new perspectives from postcolonial, subaltern, feminist, and cultural studies, this series takes its inspiration from the idea of the illumination, which the critic Walter Benjamin defined as “that image of the past which unexpectedly appears to someone singled out by history at a moment of danger.” By emphasizing this recovery of the past in the context of a perilous present, the series concerns itself with the historical sedimentation and genealogies of Latin American cultural practices and institutions. In highlighting cultural formations of the Americas, it aims to represent work that not only is national in focus but also crosses regions and continents, encompassing the spatial relations of Atlantic studies, of precolonial or prenational territoriality, and of US Latino and other diasporic cultures.

Jorge Coronado will take over from longtime editors John Beverley (University of Pittsburgh) and Sara Castro-Klarén (Johns Hopkins University). The Press thanks John and Sara for their invaluable contributions to Latin American studies and we look forward to their future projects.

Coronado spoke with us about his experience as a UPP author and his goals for the Illuminations series:

What makes you excited to become the new editor for the Illuminations series?

It’s an honor to become the Series Editor of Illuminations and continue the work of the founding editors. It offers a way for me to continue to contribute to and shape the field of Latin American literary and cultural studies, to which I’ve dedicated my scholarship and teaching. The 47 books that currently constitute Illuminations vary greatly in their methodological approaches and theoretical backgrounds, and beneficially so. The series has established itself as the single most impactful series in Latin American literary and cultural studies and includes some of the most significant works therein in the last 20 years.

You have two books in the series—what was your experience as an author like?

Happily, my experience with Illuminations made me appreciate more deeply rigorous peer review and the careful work of editors who oversee various stages of the book. I felt like it was a long conversation around my work, and that I think is very welcome by any author.

How do you think the series fits into the field of Latin American studies?

Where do you see the series going?

There are tremendous possibilities going forward for Illuminations. First and foremost the goal is to maintain the series’ preeminence in the field by encouraging the submission of manuscripts from colleagues doing cutting-edge work. The series already highlights postcolonial, subaltern, feminist, and cultural studies. Indeed, these areas have been enriched and revisioned of late by interventions from the environmental humanities, decolonial, posthumanist, and media studies, as well as deep dives into material cultures and indigenous languages and knowledges. These areas represent rich veins for new work, and I’m especially interested in considering the intersection of more traditional academic disciplines, say literary studies, with so-called sciences like archaeology and anthropology in the region. This is to say, there is a lot more work to be considered at the intersection of the humanities with the social sciences. I believe that Illuminations could also productively expand its presence beyond the American academy.

What do you look for in a book proposal?

Fluency in the relevant scholarship, the ability to present the upshot of the research—why it matters—succinctly, and erudition and persuasive language don’t hurt. Also, it’s compelling to hear how the project fits and engages with existing books in the series.

Jorge Coronado is professor of modern Latin American and Andean literatures and cultures at Northwestern University. His work draws from various disciplines and cultural practices, such as history, archaeology, anthropology, consumption, photography, and literature. He is the author of The Andes Imagined: Indigenismo, Society, and Modernity and Portraits in the Andes: Photography and Agency, 1900–1950 and the coeditor of Visiones de los Andes: Ensayos críticos sobre el concepto de paisaje y región. His continuing interests center on how Latin America and its regions have cohered in the cultural imagination since the early nineteenth century; the lettered practices that subalterns produced by appropriating intellectuals’ tutelage to their own ends in the twentieth century; and expanding what we understand to be the continent’s lettered and cultural production through archival research and other initiatives.