Johnstown Girls and Blues Walked In author Kathleen George on Lena Horne, Pittsburgh as setting, and her research process

Johnstown Girls and Blues Walked In author Kathleen George on Lena Horne, Pittsburgh as setting, and her research process

Pittsburgh is more than just a home for author Kathleen George: the city and its people are a source of inspiration. A native of Johnstown, George has lived in the city for many years, teaches theatre arts and creative writing at the University of Pittsburgh, and has written several novels and short stories based in the Pittsburgh region, including The Johnstown Girls.

Her latest, The Blues Walked In, is a period fiction novel set against the backdrop of Pittsburgh’s once-bustling Hill District.

It’s 1936, and a nineteen year-old Lena Horne is walking to her father’s hotel in the Hill after a long tour with Nobel Sissel’s orchestra. Along the way, Lena encounters two young adults growing up in the neighborhood. Their chance meeting sparks a relationship that will intertwine their lives forever. Issues of race, class, family, and education threaten to disrupt their lives and the bonds between them. 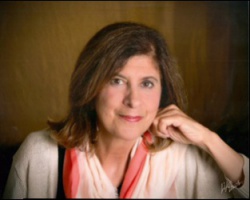 We asked George to share more details about The Blues Walked In, how her background in theatre helps with her writing, and her research process.

UPP: You wrote Johnstown Girls, a novel about the Johnstown flood, and seven mysteries set in Pittsburgh. Your new book, The Blues Walked In, explores Pittsburgh’s Hill District, with Lena Horne at the center of the story. Why is Pittsburgh the backdrop for so much of your work? Do you remember the first time you wrote a story with Pittsburgh as the setting?

KG: I did write those things! You might say I’m geographically challenged so I stick to what I know or can investigate by driving around. I’ve been in Pittsburgh for most of my life so I keep using it.

I don’t remember the first time I imagined a story set in Pittsburgh, but I’m pretty sure it was early on—when I was writing short fiction and before I jumped into novel writing. I didn’t name streets at that point but I felt the setting was local.

I do remember the thrill of setting my first novel, Taken, in Pittsburgh. There was something totally exciting about naming real places—even the ones that had disappeared a year before my project, like Ralph’s Discount City downtown. I kept thinking, “I can do this? It makes it feel so real!” It felt like bravery as a writer. I was saying, “Believe this. Trust me.”

One really funny thing happened early on that jolted me though. Taken had just come out and I got a phone call from Mary Alice Gorman at Mystery Lovers Bookstore telling me I got a scene wrong. I had future lovers coming up out of the Gateway Center garage and I, as writer-God, dappled their faces in sunlight. “You don’t come up out of the garage that way,” she said. “Not to the outdoors.” That’s when I knew how seriously people examined fiction that used real locations. Readers expected accuracy. So! The lesson was: research everything.

For The Blues Walked In, I needed to learn about the Hill District in 1936. Read the Courier and went to the Heinz History Center to study maps and of course I read August Wilson. But I craved a more powerful experience of the Hill. So I called a former student, a Pittsburgh actress named Linda Haston, and asked if she would help me tour the Hill. She gave me a wonderful tour with a lot of “this used to be” moments and one of the things I took away was the sadness about how vital the place had been before urban redevelopment and then the riots in ’68 ruined that wonderful neighborhood.

I also approached a Lebanese woman at my church to ask, “Do you know of anyone who grew up in the Hill?” because part of my story is about how Arab Americans and other immigrants and Blacks shared the Hill in the old days. To my surprise, she said, “I did! I grew up there.” We went to lunch and she told me all sorts of fascinating and usable things—like where it was good to put caps on the streetcar tracks to make explosions. I love that kind of detail and I used everything.

UPP: Historical fiction is creative work, but it’s also rooted in extensive research. Tell me about the work you did to prepare for The Blues Walked In. Did you learn anything about the Hill District that surprised you?

KG: Surprise—no, no exactly, but I loved learning the prices of things and seeing photographs of the Crawford Grill which taught me the tables were formica and the settings were classic diner wear. I had pictured a smokier sultrier atmosphere. In reality the waitresses in their white outfits looked like nurses!

Other research: I read about jazz musicians and I learned how crucial Pittsburgh was to the music scene. I read the biographies of Lena Horne.

UPP: Most people know who Lena Horne is, but tell us about the fictional characters also at the center of the story, Marie David and Josiah Conner. How do these characters become intertwined with the famous singer?

KG: I was interested in writing about class and race. As I wrote, I discovered the story I was trying to tell. Lena Horne was a mere teenager in 1936 and she was confused. Life on the road with a band was torture and yet she loved singing. Her mother wanted her to be famous. Her father (divorced from her mother) wanted her to get married and settle down and give up show business. I created two more teenagers for Lena to interact with in her time in Pittsburgh. Josiah Conner is an African American boy who loves the movies with a passion and wants to become a film director. He’s charming and smart and relentlessly alive and he falls in love with Lena whose education and family privileges put her in a different class. And –believing I was creating a character based on my mother—I put Marie David into the story. She’s a poor Arab American who dreams of being a movie star—partly because she’s very pretty and people keep telling her so. All three kids badly want to be somebody.

I’ve long been fascinated by the idea of race—ideas about race, I should say. Some Lebanese people could be taken for African American and vice versa. What is it that people see? And how artificial is that? I decided that Marie and Lena not only looked alike at first glance but could be (in important story ways) mistaken for each other.

UPP: How does your work as a professor of theater arts help with your writing?

KG: I got trained in story telling—which is what directing and acting are all about. The big questions are: What is the conflict? What is the irony? Who is trying to change what? Why is the matter complex and not easy to solve? So theatre training has helped me to make plots, that’s for sure. But also as a director I was always doing detailed work on scenes and when I found myself writing fiction, I learned I could transfer that skill to prose: who looked away out the window, who tried to hide a trembling hand, who whispered a question—human behavior.

KG: I have favorite places—my local coffee shop up on Buena Vista, Tessaro’s Restaurant, Pitt, but they don’t necessarily get my juices flowing. People do. The things people say. The conflicts they go through. How they dress. How they compromise. What they feel. People I meet or see on TV have a big effect on me. I feel their feelings. I’ve been told I have very absorbent skin and hair. Sometimes I think it’s my whole being. Everything gets inside me.

The Blues Walked In is now available for pre-order.