Poem from the Vault: “Blackbottom” by Toi Derricotte

Poem from the Vault: “Blackbottom” by Toi Derricotte

Poem from the Vault aims to celebrate our diverse poetic history by highlighting backlist poetry from the Pitt Poetry Series. Ed Ochester has been the editor and creative force behind the series since 1978.

We kick off Black History Month with a selection from Toi Derricotte’s 1989 collection, Captivity. 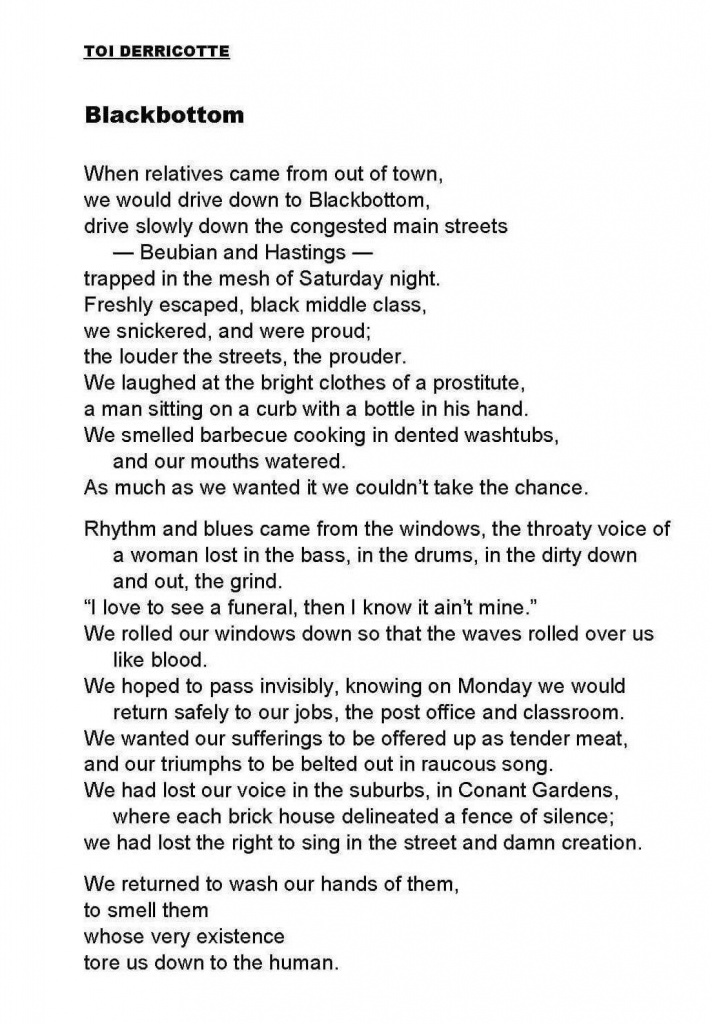 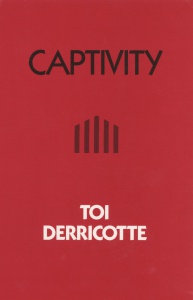 What are the forces that cause us to strike out and harm each other? Captivity explores the way in which the individual is held hostage by society; how the forces of racism, sexism, and classism frequently express themselves as violence within the family. The book also explores a deeper captivity, like the Jews in Egypt yearning for the Promised Land, the soul trapped in exile from God.

Toi Derricotte is the author of five collections of poetry. An earlier collection of poetry, Tender, won the 1998 Paterson Poetry Prize. She is the recipient of two Pushcart Prizes and fellowships from the National Endowment for the Arts and the Guggenheim Foundation, among other honors. Derricotte is cofounder of Cave Canem, a writing workshop for African American poets, professor of English at the University of Pittsburgh, and a Chancellor of the Academy of American Poets.

Other collections by Derricotte:

Tender, 1997
“Part of the charm of Derricotte’s work – despite its raw and upsetting subject matter – is its extreme readability, from start to finish. In plain language that does not settle for simplicity or cliché, these poems probe being at its root – sexually, spiritually, emotionally, and intellectually – and recount how violence-both physical and mental-ravages the self. . . . Recommended for all poetry collections.”
—Library Journal