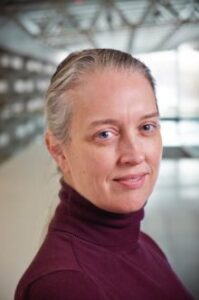 The current coronavirus pandemic has initiated a significant amount of conversation and debate. From anti-mask protests to anti-vaxxers, there seems to be a distrust of science and a politicizing of health issues seem to be trending. Do you see any parallels between now and other similar historical moments?

Yes, absolutely. We often forget that distrust in science is an endemic part of the science-democracy relationship, and can occur whenever the public (or segments of the public) detect an apparent mismatch between their goals, values, and concerns and the goals, values, and concerns of the scientific experts advising democratic leaders and publics. Such mismatches can be found in early evolution-creationism debates (when some evolutionary textbooks also included eugenics arguments that were both wrong-headed and deeply offensive to some poor communities), in debates over atmospheric nuclear weapons testing in the 1950s, in debates over the safety of pesticides in the 1960s, in debates over anti-ballistic missile systems or regarding acid rain in the 1970s, and so on. Whenever science is directly relevant to governance decisions, science and politics will be entangled.  The question is not how to separate the two, but how to ensure that good science AND good politics (genuinely democratic with good leadership) is at the center of decision-making. That is the challenge now with COVID-19, and it is not a new challenge. It is also not an easy challenge.

Your book, Science, Policy, and the Value-Free Ideal, was published by UPP in 2009. In it, you call for greater openness on the values utilized in policymaking and more public participation in the policymaking process. In the past decade, have your views about policymaking and risk assessment changed? What, if any, changes have you seen in US or international policies? 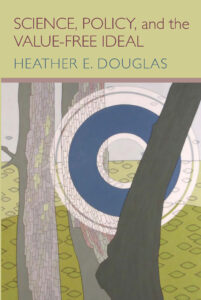 I still believe that we need greater acceptance of, and openness regarding, the role of values in science. Values are essential both for the direction of scientific attention (what is worth studying?) and for the assessment of evidential sufficiency (when is the evidence we have strong enough?), in addition to other decisions in science (such as language, modeling or methodological choices). I have yet to encounter a way around the necessity of values in science. Because of this necessity, scientists need to be clear with the public about the values that are central to their work.

What has changed in my thinking over the past decade is an increased awareness of the importance of the institutional aspects of science, publics, and democratic governance. Institutions are so central to how we act, and the choices we see in front of us. How institutions are structured thus shapes deeply what we feel able to do, and what seems impossible. Institutional structures that encourage genuinely responsible and responsive (to public needs) science have not yet been crafted. In addition, there is really substantial variation in democratic political cultures, e.g. even among the US, Canada, the UK, that shapes deeply the kinds of institutions that run well in the different national contexts. For example, the US has a highly combative political culture that also expects to reach compromises in order to produce workable solutions, whereas Canadian culture is far more conflict-avoidant, and expects power to regularly change hands and undo much of what was accomplished by the previous administration. This means very different things for the science-policy interface in the two countries. For example, legal requirements for openness are far stronger in the US (as being open about something allows for debate and contestation) than in Canada (where the conflict produced by being open is not welcome). Attending to these aspects of institutions and political culture in science policy seems increasingly important to me.

The Science, Values, and the Public series description states that we have “not yet rewritten the social contract for science.” Do you think that this new series could help facilitate this and if so, how?

That is my aim and hope. Science in democratic societies requires that science not be isolated from the public or from politics, that science be embedded in public spaces and public decisions, that two-way engagement be facilitated. But this is not the system we had for the second half of the 20th century, which was predicated upon a simple model of public funding put into science (with specific allocations decided by the scientists themselves) and scientific facts and technology then coming out—the so-called linear model of science. If we reject this model (as both descriptively inaccurate and normatively undesirable), we need a different way to think about these issues. This is very complex terrain, however.  It is for this reason that a book series, from multiple disciplinary perspectives and multiple authors, rather than a book (or books) by a single author or even a set of authors within a particular discipline, will be needed. We need the richness a book series can provide to help address what the new social contract for science should look like.

This will be UPP’s first open access series. Tell me more about this series as an open access initiative.

This is an aspect of the series about which I am particularly excited. The aim is to have all the books open access, so that there is no paywall between the public and the content. Given the importance of the topic for democratic governance, my hope is that the public will take advantage of these works to think about these issues. We are also working with authors to make the books as accessible as possible (minimizing disciplinary jargon, for example) so that anyone who is interested can read these works. I hope this will also make the series an excellent teaching resource, particularly for undergraduates. 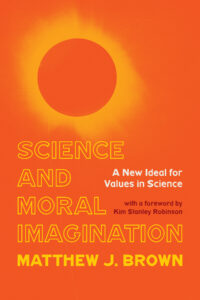 Science and Moral Imagination by Matthew J. Brown is the first book in the series. It will be on sale October 27 and is currently available for preorder. More information about Science, Values, and the Public can be found on the series page.